Organized by happening, Decembell and What If, Bangkok Illustration Fair 2022 (BKKIF) returns for its second year at the Bangkok Art and Culture Center tomorrow and runs until Sunday. Due to the Covid-19 pandemic, last year BKKIF presented illustrations online at bangkokillustrationfair.com. 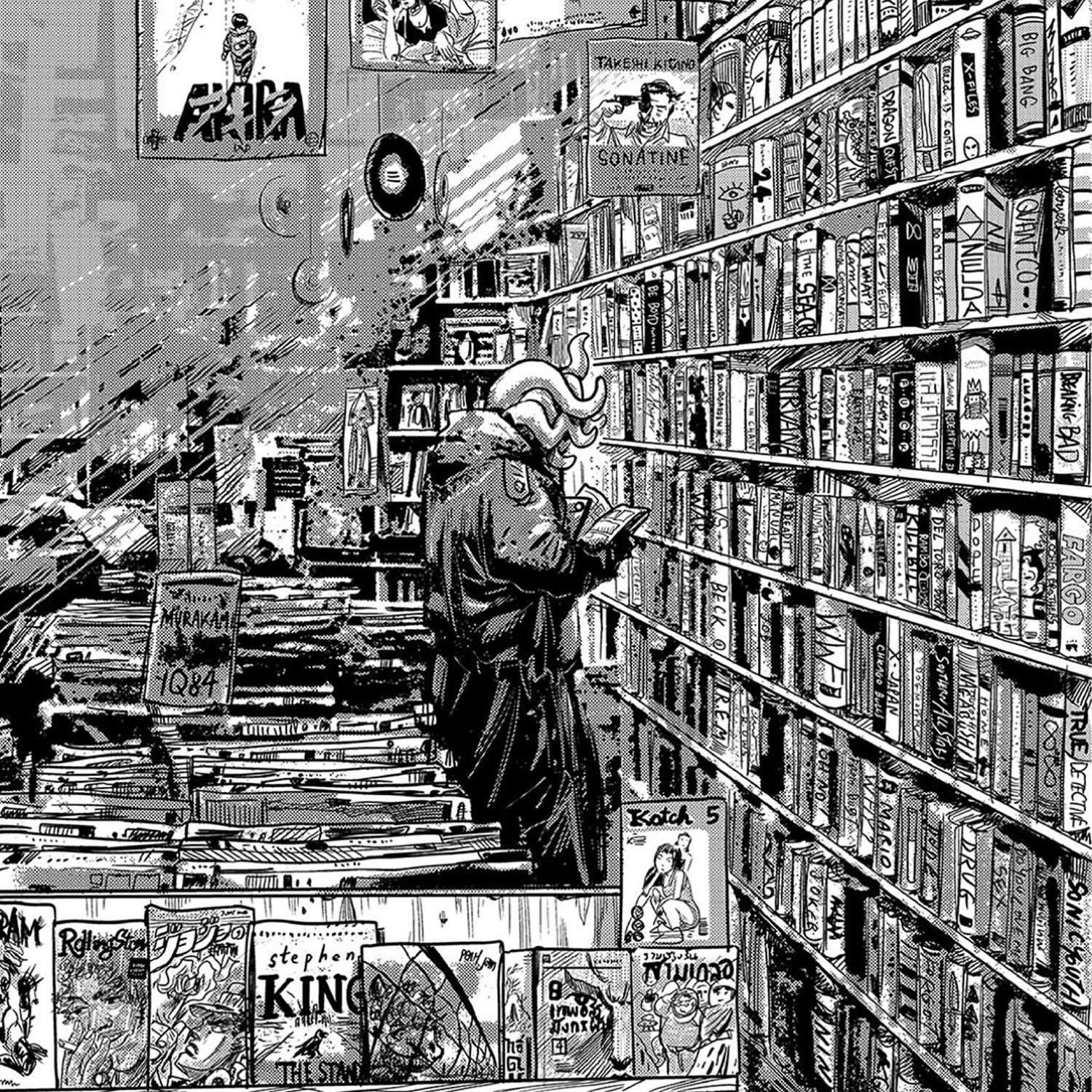 An image from SS, or Suttichart, of the Faculty of Digital Art, Rangsit University.

Before the illustrators were selected to showcase their work, they had to compete with over 500 hopefuls. One factor that helped BKKIF attract talent was that those selected would have the opportunity to work with over 50 reviewers, including international art galleries, art fairs, artists, companies, brands and publishers. Opportunities that could open up to them were solo exhibitions, displaying at a local or an international fair, designing illustrations for products and brands, or interviewing with local or international media.

There are many talented Thai artists in several fields, so why were you particularly interested in illustration?

Kanoknuch: I am a judge at Unknown Asia, an international art fair in Japan. I noticed that illustrators are selected by judges to work with them. I also am an art lecturer and found that students can earn from illustrations. Also, illustration has become a department in many universities.

VIP: happening owns two happening stores. Young people create illustrations in the form of postcards and stickers to sell at our shops and this merchandise is popular among the youth. Illustrators hold exhibitions at art galleries, so it is a blend between art and illustration and we want to promote this kind of perspective.

Chonticha: In other countries, illustration fairs are huge events. I believe that Thai illustrators have the potential to compete with others, so we decided to organize this event. Illustration is easy to understand and can develop into other kinds of work such as toy art, which is easy to sell. 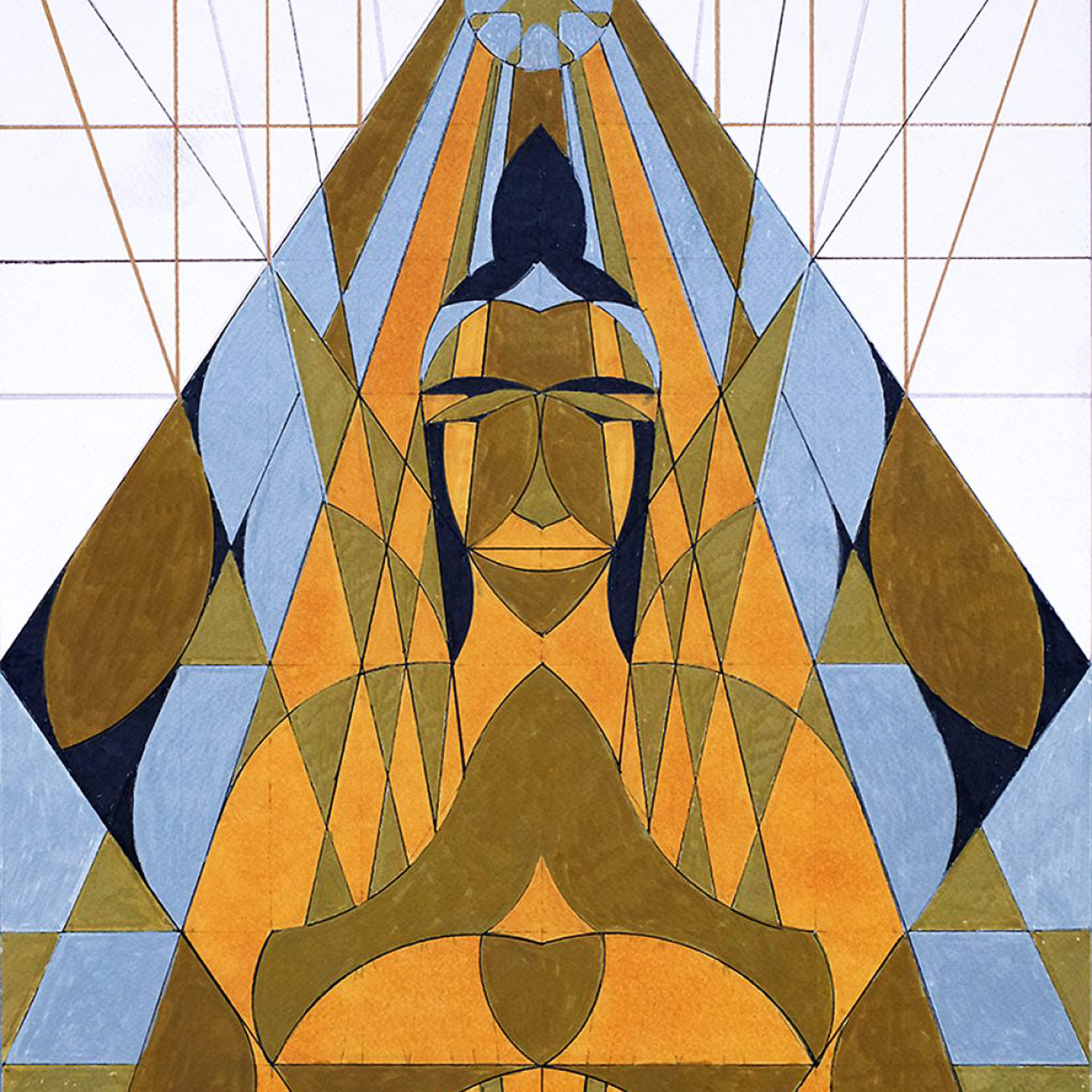 What is the objective of BKKIF?

VIP: To provide opportunities to Thai illustrators. At their showcase, people will purchase their work. We also invited state agencies, private sectors and many brands to be ‘reviewers’ and reward the illustrators. It is not only an event for selling. BKKIF is like a match-making event, so illustrators can connect to other organisations.

VIP: Last year, we had to organize the event online on bangkokillustrationfair.com, so the website became a huge archive of 7,500 illustrations and there will be more this year.

Kanoknuch: BKKIF is unique because it is the only platform available for gif files and illustrators can continue to upload their work. It is like a portfolio. Last year, over 120 illustrators were hired due to this website. At BKKIF, visitors can purchase illustrations while large organizations can hire illustrators to work for them. Other international illustration fairs are held at commercial venues, but BKKIF is held in BACC which is Bangkok’s main art gallery. This makes a better profile for illustrators. 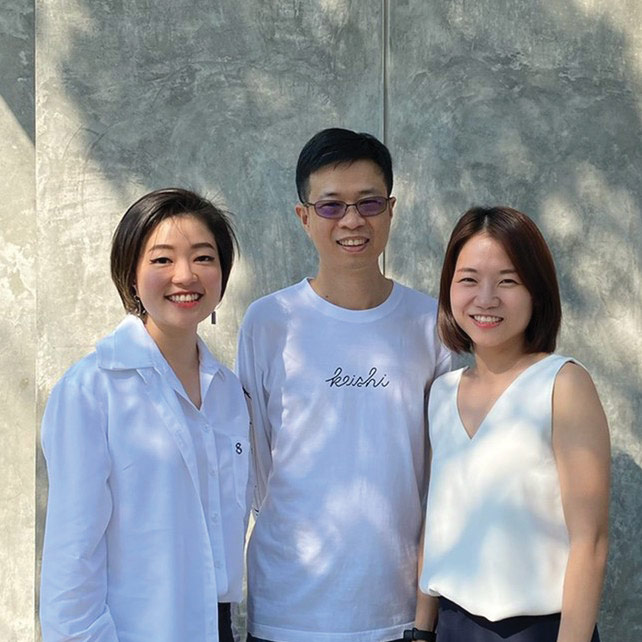 Why are illustrations by 18 guest artists displayed on the walls?

Kanoknuch: Unlike other illustrations, the guest artists’ works are not in a booth, but on the walls. These are excellent examples for other illustrators to learn how they can manage and display their work. A wall is a medium which is different from a computer screen or a sketchbook. Its area is large and can present the work in different forms such as painting, sculpture, toy art, animation or behind-the-scenes video. Each medium can enhance the value of each artwork differently.

Tell us more about the panel discussion.

Why did you decide to have a popular vote?

VIP: We want to hear the voice of the public as to which illustrators they like. People can vote via a website and one email address is counted as one vote. Last year, 75-year-old illustrator Pira Ogawa won the popular vote. We are proud of him. He has tinnitus and creates illustrations in graphic and geometric styles. His story of him was reported on many media platforms. I have held a solo exhibition at River City Bangkok. This year, he is also one of the guest artists. The illustrator who wins the popular vote this year will have the opportunity to exhibit his work next year. 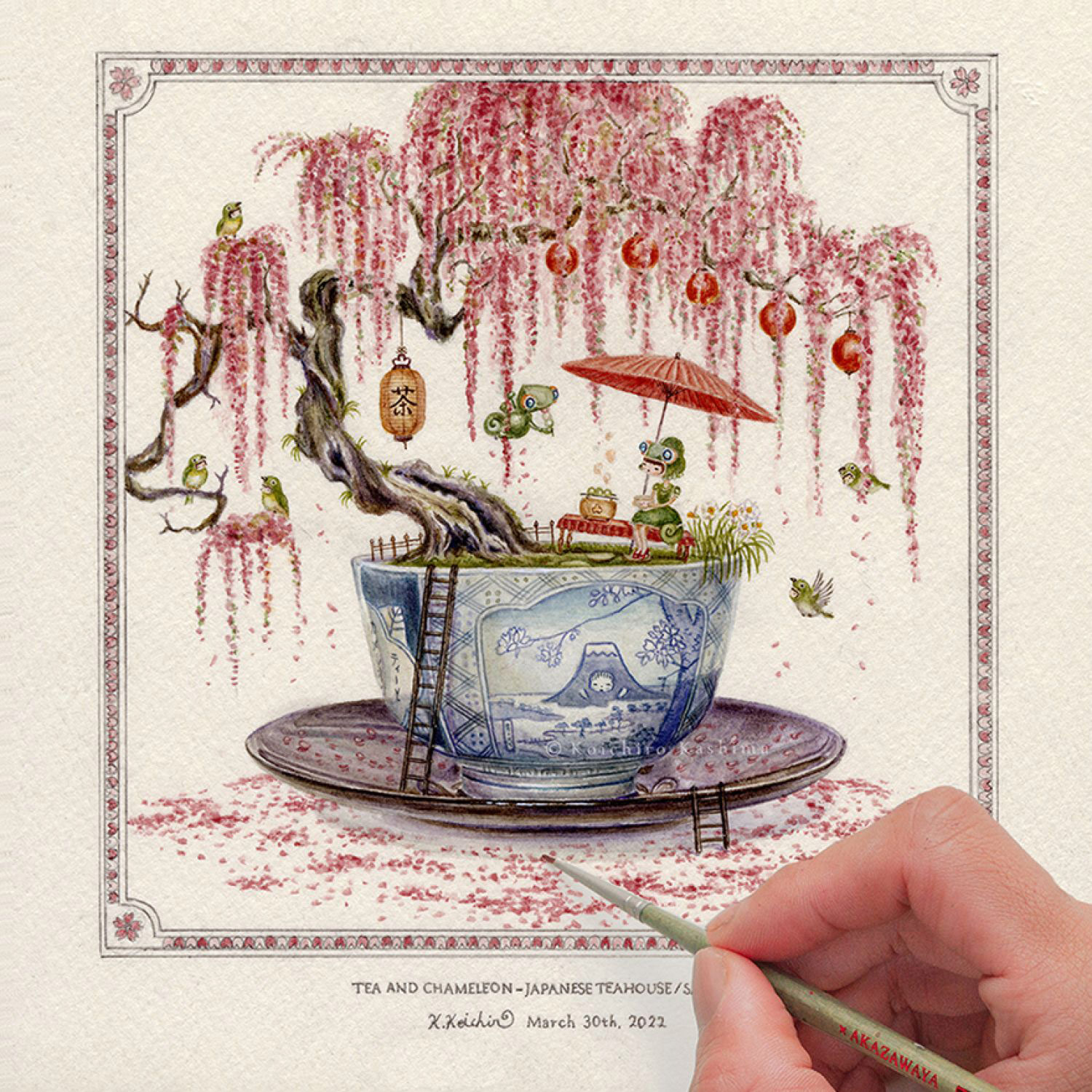 A creation from Koichiro Kashima, who is based in Osaka, Japan.

What were the main criteria for selecting the 150 illustrators?

What are some challenges you faced when organizing BKKIF?

Chonticha: BKKIF is held at the main exhibition hall on the 9th, 3rd and 1st floors at BACC. It is challenging to attract visitors to access all three different locations.

Kanoknuch: To educate reviewers to understand how they can use illustrations in their organisations. This year, more companies understand and have agreed to be reviewers. We also have to educate artists to understand BKKIF and reviewers because this event and the idea are new to participants.

How has the illustration industry changed in the last decade?

Chonticha: Ten years ago, people were familiar with only well-known illustrators who worked with brand name companies. In the past few years, the illustration community has become bigger and easier to access because technology helps make illustration-related products like stickers easier to produce. Companies work with illustrators because their styles match the company concept, not because of the illustrator’s fame.

VIP: More people are interested in illustration. A device like an iPad makes it easy to illustrate an image, but competition is high. 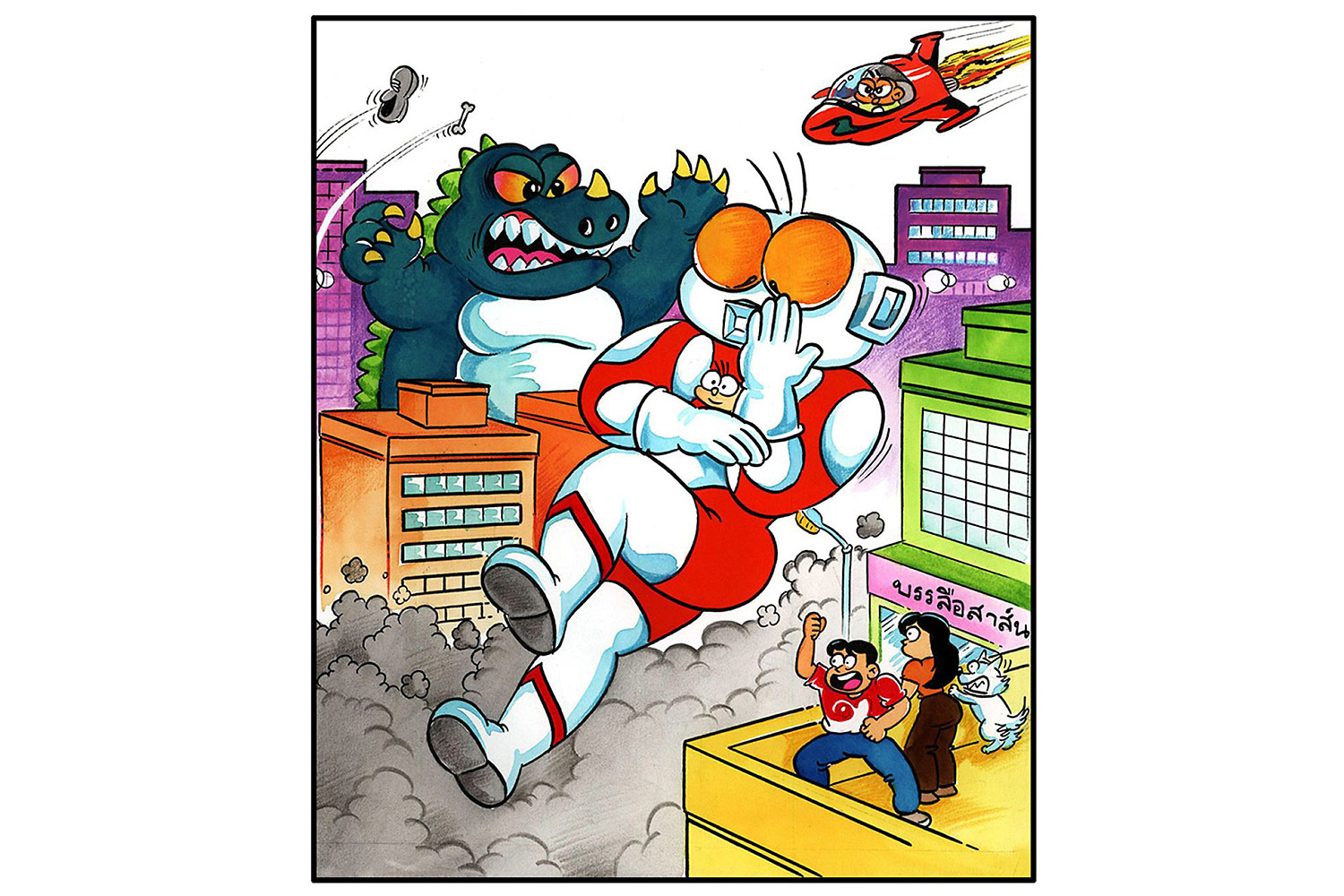 A work by Tai KaiHuaRor.

What is your expectation for BKKIF?

VIP: It was great to see illustrators connect with reviewers last year. At the event, illustrators presented their work and got to know and support one another. I expect to see more of this interaction. It is a positive atmosphere that drives the country forward.

Kanoknuch: I expect illustrators to expand their own network, so some artists may work together in the future. We hope that this year’s reviewers will return to be reviewers again. We expect to later collaborate with state agencies and private sectors. We gave away 10 tickets each to 15 universities because we want to build a network with universities and students. If universities visit BKKIF, they will discover that participating will benefit their students.