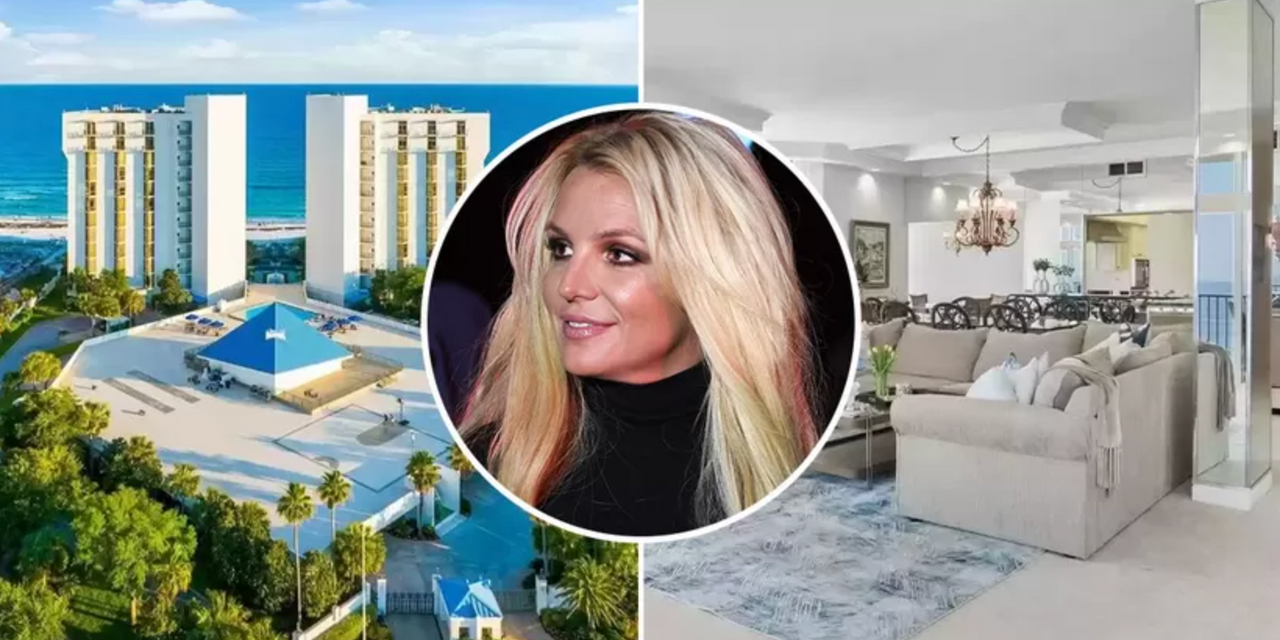 A condominium owned by an LLC tied to Britney Spears has landed on the market in Destin, FL.

This waterfront unit in the Sunshine State became a point of controversy during the “Free Britney” movement in 2021. Fans protested the conservatorship that managed the superstar’s life and finances and took aim at her family. In the process, Britney’s strident supporters unearthed past comments made by her younger sibling, Jamie Lynn Spears.

Although Jamie Lynn has said she received no support from her sister, fans took issue with a social media post where Jamie Lynn claimed the condo was jointly owned. “We have a condo is [sic] Destin, Florida and it’s the best getaway,” she tweeted in 2015.

Jamie Lynn later posted that she owned no such residence. The condo in question is owned by Bridgemore Timber LLC, an entity that ties back to Britney.

Now, the unshackled Britney appears to be done with the penthouse on Florida’s panhandle. It’s available for $2 million.

Taking up over half of the 10th floor, the penthouse unit offers three bedrooms, 3.5 bathrooms, and over 3,600 square feet of living space.

While the dated decor could use a refresh, the views are certainly timeless.

Enter into a grand vestibule, which leads to a foyer, 10-foot ceilings, and marble floors.

Main living and dining areas offer 180-degree views of the water below.

Details include a mirrored wall with a fireplace, mirrored columns, a dining room with a wet bar, and walls of glass to take in the water views.

A white piano also thanks the main living space, a nod to the owner’s musical connection.

Access the expansive balcony via sliding glass doors. It’s a perfect perch to catch the sunset over the Emerald Coast.

A large, eat-in kitchen has room for a dining table, along with black counters, black appliances, and white cabinetry.

And the main bedroom includes a desk nook and multiple floor-to-ceiling windows. An ensuite bath features a built-in soaking tub and separate shower.

Plus, building amenities include a gym, pool, and game room.

The Princess of Pop has secured some properties on the West Coast as well. She recently tied the knot with Sam Asghari at her Thousand Oaks estate. Spears purchased the place in 2015 for $7.4 million.

However, along with the wedding, the performer also picked up a super-secure space in Calabasas, CA.

Spears paid $11.8 million for the mansion on 1.6 acres. Located in the double-gated community of The Estates of The Oaks, it’s an area favored by celebs.

Built in 2009, the 11,650-square-foot mansion has seven bedrooms and nine bathrooms with amenities such as a gym, walk-in safe, home theater, and wet bar. And the grounds include a pool, hot tub, outdoor kitchen, and one-bedroom guest house.

The pop star has been atop the charts since she broke through with two best-selling albums, in 1999 and 2000: “…Baby One More Time” and “Oops! I Did It Again.”

More recently, she’s had a four-year Las Vegas residency, and produced albums such as “Circus,” “Femme Fatale,” and “Britney Jean.”

And now that she’s been released from a 13-year conservatorship which controlled her life and money, she’s flexing her financial muscles.

This story was originally published on Realtor.com.