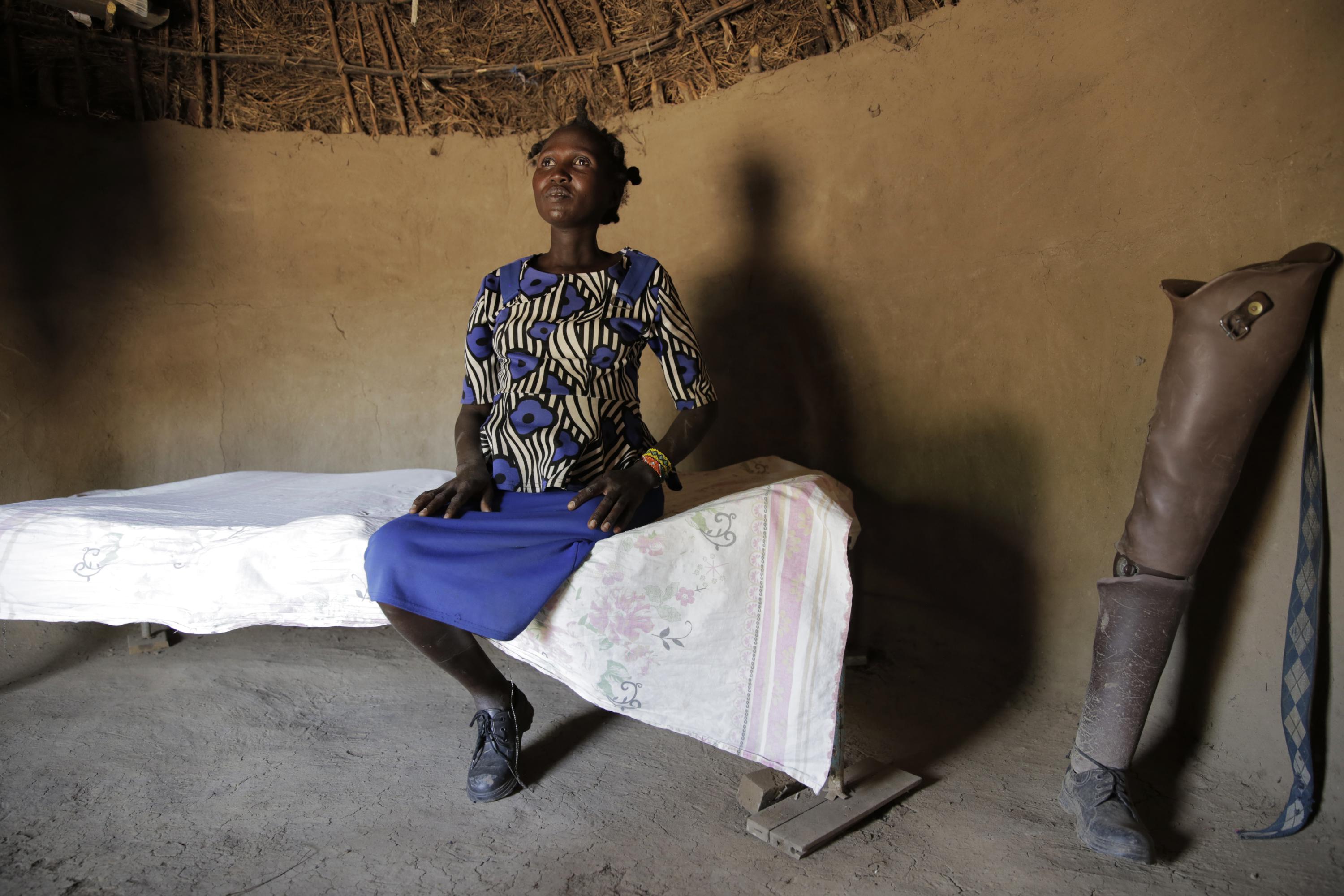 By BRIAN INGANGA and JULIE WATSON

KAMPI ya SAMAKI, Kenya (AP) — Winnie Keben had felt blessed to be raising her children in her husband’s childhood home in the community of Kampi ya Samaki – just over a quarter mile (500 meters) from the shoreline of Lake Baringo.

The vast freshwater lake buzzing with birds and aquatic life in the semi-arid volcanic region of Kenya’s Great Rift Valley had long been an oasis. It attracted fishers and international tourists to the community, about a five-hour drive from Nairobi.

But over the past decade Lake Baringo has doubled in size, due primarily to heavy rainfall tied to climate change, according to scientists, and its fast-rising waters are increasingly becoming a menace. The expanding lake has swallowed up homes and hotels and brought in crocodiles and hippos that have turned up on people’s doorsteps and in classrooms.

“It was not like this in the past,” Keben said. “People would move when the water moves, but it would go back soon enough.”

Then the lake took away almost everything.

EDITOR’S NOTE: This is part of an ongoing series exploring the lives of people around the world who have been forced to move because of rising seas, drought, searing temperatures and other things caused or exacerbated by climate change.

In her last moments in Kampi ya Samaki, Keben was washing off garden dirt in Lake Baringo’s refreshing waters. It had been a day of working her maize fields with her husband. Evening was falling. Her mind was on getting back to the house to make dinner.

“No sooner had I bent down to wash my right leg, than I saw a crocodile pop up from the waters,” she said. “I screamed so loudly but unfortunately, I fell into the lake.”

The crocodile dragged her into deeper water as she tried to fight it off. Her husband ran from the fields toward her screams from her. But she was struggling to stay above the surface.

She managed to reach her hand above the water and wiggle her fingers, hoping her husband, now at the shore, would see them.

Laban Keben saw, jumped in and grabbed her but the ferocious animal held on. Laban tried again. And again. After his third attempt by him, his wife and the mother of their children lost consciousness, he said.

“I saw her dying, leaving me behind,” he said.

He thought of their daughter, barely six months old, and their two other children.

Not knowing what else to do, he started screaming for help. Another man ran over with a machete and struck at the crocodile, Laban said, and suddenly, it swam away, leaving Winnie’s limp body behind.

Her leg was nothing but bones with hanging flesh, said Laban, who along with local residents carried Winnie past flooded roads to the nearest paved one where vehicles could get her to medical care. But at the hospital in the next town, doctors said they were not equipped to treat such a severe injury.

Two hospitals later, she feared she would not survive.

“I told my husband to pick up my children and to take them to my mum, as I knew I was not going to make it,” she said.

Doctors ended up amputating the leg to save her life. Her mom de ella stayed by her bedside de ella until she was discharged from the hospital.

The family was forced to sell their chickens, and goats to cover their medical costs.

But while she was healing, an incessant rain continued to fall. The lake took still more from the Kebens. It flooded their home and farmland.

They left their community, the final loss.

A resident from another village, Meisori, learned of their ordeal and offered to take them in, a gesture of kindness for which she is grateful.

But leaving Kampi ya Samaki, where her husband and children were born, still hurts.

“I loved my place very much, as I could do farming with my husband and raise money for food and school fees,” Winnie said.

With only one leg, Winnie said she no longer can farm. Her husband de ella earns a meager living digging pit latrines and working at area farms to support their growing family. She gave birth to her sixth child last month.

“Now we are land beggars,” she said.

Baringo is one of ten lakes in Kenya’s Rift Valley that have been expanding over the past decade. The entire Eastern African rift system, which stretches south to Mozambique, and the Western Rift – all the way to Uganda – are also affected. The rainfed waters have submerged villages and islands and brought the fierce Nile crocodiles face-to-face with residents.

The rising lake waters have displaced more than 75,000 households, according to a 2021 report on the expanding lakes by Kenya’s Ministry of the Environment and Forestry and the United Nations Development Program.

Flooding around Lake Baringo has been among the most severe, according to the report, with more than 3,000 households destroyed.

Lake Baringo remains an important source of freshwater for villagers, livestock, fisheries, and wildlife. But scientists fear it could someday merge with a large salt lake not far away, the also-expanding Lake Bogoria, contaminating the freshwater.

Keben remembers when the shoreline was a short walk from their home and the hippos and crocodiles stayed deep inside the lake.

“They never attacked people or animals,” Keben said. “Today they attack everything.”

Keben, 28, is still haunted by her attack a decade ago. She has not returned to her family’s village — even for a brief visit — and with good reason. The risks of such attacks have only increased: Since she left, more crocodiles and hippos have turned up in Kampi ya Samaki.

Others, like Keben, have lost limbs, and an unknown number have died.

A 10-year-old boy was recently dragged off by a hippo and has not been found.

Keben said she doesn’t plan to ever return to Kampi ya Samaki. Though she longs for the community.

“That is the place I called home,” she said, her voice still filled with pain.

We use cookies to ensure that we give you the best experience on our website. If you continue to use this site we will assume that you are happy with it.Ok