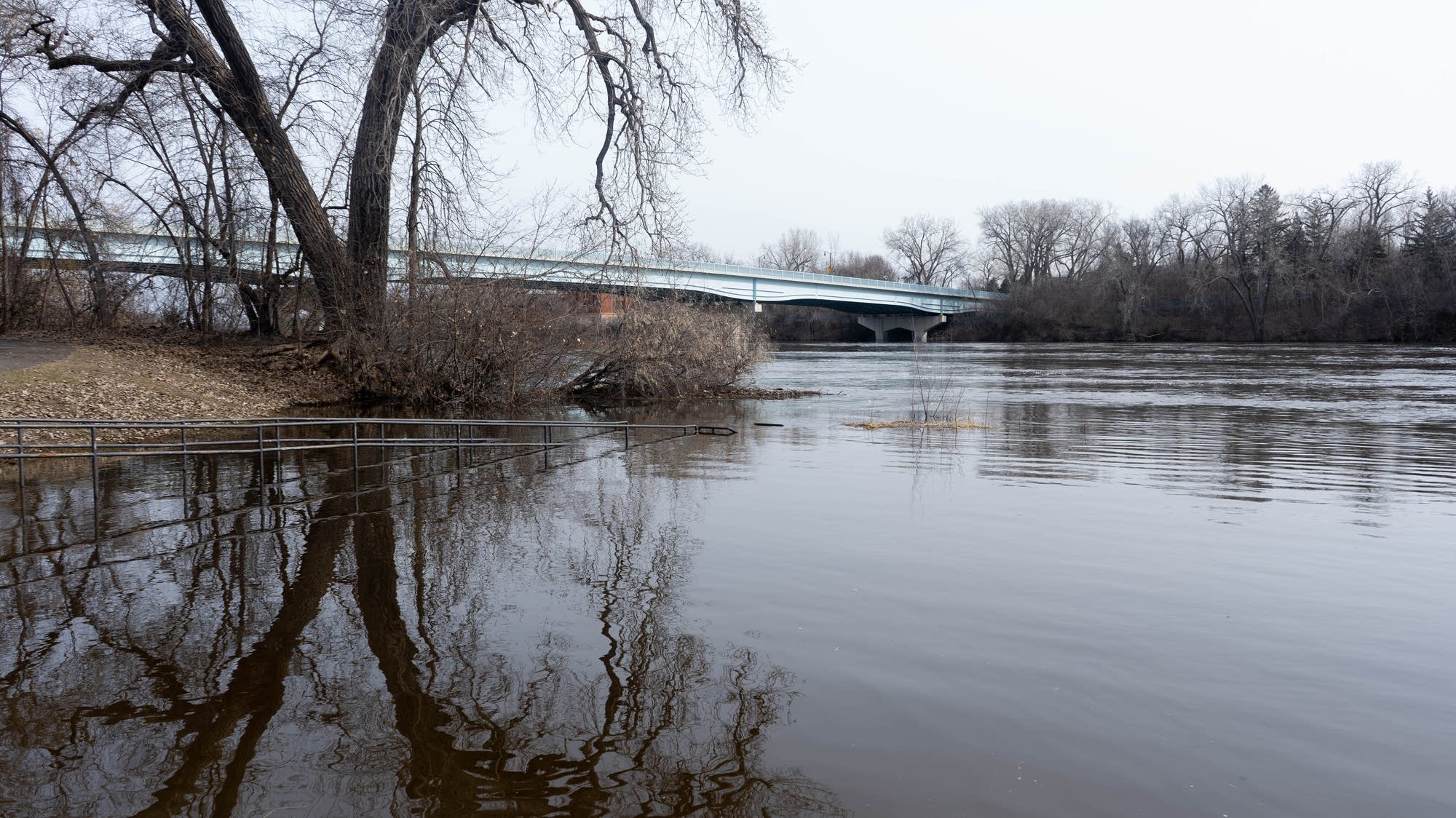 When Paul Cofell of Red Wing read a letter in the Palm Springs Desert Sun suggesting that water could be diverted from the Mississippi River and piped to the Colorado River basin, he couldn’t stay quiet.

Cofell wrote to the newspaperadvising Californians that if they come for the Midwest’s water, “we have plenty of dynamite in Minnesota.”

He didn’t anticipate the flood of responses to the paper that followed, some supportive, some angry. Cofell even got a call from the Goodhue County Sheriff’s Office, who told him some viewed his letter from him as threatening and advised him not to make any more references to dynamite.

“The reaction I got was quite astounding,” Cofell said.

The incident highlights the passionate reaction to the idea of ​​sending water from the Midwest to the southwestern United States, where an ongoing drought and population growth have created a looming water crisis. States such as California, Arizona and Nevada are facing severe restrictions on their water use.

One proposed solution making headlines is diverting water from the Mississippi River or some other water source to those drier states. Recent flooding along the Mississippi has led some to wonder, why not send some of that excess water to where it’s desperately needed?

Julie Makinen, the Desert Sun’s executive editor, said the topic of transporting water set off a cascade of interest, with letters pouring in from all over the world.

Some argue that the West’s current water systems date back decades to when there were far fewer people, and modern engineering solutions are needed. And they point out that agriculture in California and other western states is a national resource, she said.

“When the Midwesterners get very possessive about, ‘Don’t touch a drop of our water,’ then people here are like, ‘OK, well, don’t go to your supermarket looking for strawberries in January,'” Makinen said.

Others argue that “we shouldn’t try to engineer our way out of these problems,” she said.

“That means stop having surf parks and stop having green grass lawns, and stop building houses in places where it’s hard to get water,” Makinen said.

Plans to pipe water from wetter to drier regions of the country have been floated since the 1960s, and a few actually were built, said Todd Jarvis with the Institute for Water and Watersheds at Oregon State University.

Since then, the water shortage in the Southwest has grown more dire, Jarvis said.

“We’re now looking at will the drought ever be broken?” he said. “I think everybody’s starting to think maybe this is the new normal.”

That scarcity has made water a valuable commodity, Jarvis said, attracting new interest in ideas to move it from one basin to another.

“The participants in the proposals are no longer governments,” he said. “We’re talking [about] private industry. Hedge funds are starting to look at water. We’re starting to see water show up on Nasdaq as far as futures.”

Meanwhile, the crisis is expected to worsen. Studies have predicted that by 2030, global demand for water will exceed the supply by 40 percent if current practices continue.

“The basic laws of supply and demand tell you that as a good becomes more scarce, it becomes more valuable,” said Bonnie Keeler, an associate professor at the University of Minnesota’s Humphrey School of Public Affairs.

High-quality water suitable for drinking is going to become increasingly scarce throughout the world, Keeler said.

“It’s very hard to move cities,” she said. “So the emphasis is going to be on finding water to meet the demand of those populations, rather than moving cities to places where there’s more water.”

But projects to transport water — by pipeline or some other means — face serious obstacles. First, they’re difficult to build, and expensive.

“They’re actually considered to be high-risk projects,” said Mohsen Tahmasebi Nasab, an engineering professor at the University of St. Thomas.

That’s because they require major financial investment, plus a long time to complete, Nasab said.

“We are talking years and years, sometimes decades, of studying and construction,” he said.

Water transport projects tend to be extremely costly even when compared to other expensive options, such as desalination plants that remove salt from seawater, said Greg Pierce, co-director of the Luskin Center for Innovation at the University of California, Los Angeles.

Environmental regulations have gotten tougher too, making it far less likely that such projects could get needed approval, he said.

“In the early to mid part of the 20th century, we were doing a lot of moving water around the country,” Pierce said. “I think that era is pretty decidedly over.”

Taking water from one region and moving it to another can have serious environmental impacts, including changing the hydrology and ecology of a river or watershed, and introducing pollutants or invasive species to a new region.

And with climate change making it much more difficult to predict drought and precipitation cycles, it’s risky for one region to lock themselves into a deal that gives away its water, Pierce said.

“They may need that water more than they did in previous times,” he said. “The fact that there’s intense flooding, and overall more water than is needed by the local population doesn’t mean they don’t need that reliable flow. ”

There are also legal barriers to transport projects, which vary depending on the water source. A multi-state compact prevents the diversion of water from the Great Lakes, with a few exceptions.

Minnesota’s groundwater also has an added layer of protection since an Oregon company sparked outrage in 2019 by proposing to transport groundwater from one of the state’s oldest and deepest aquifers in Dakota County by train to the western United States.

State officials said the plan wouldn’t happen. But it did raise concerns about potential gaps in state laws that could allow the bulk transport of water outside Minnesota’s borders.

“It may surprise people in the Land of 10,000 Lakes, but we actually anticipate water quality issues of our own here in the next 10 to 12 years,” said Dakota County Commissioner Joe Atkins. “So we sure as heck shouldn’t be sending our water off to the desert.”

Atkins helped update Dakota County’s ordinance to bar using more than 50 million gallons of groundwater a year for commercial or institutional use. Agricultural use is exempted.

Last year, Minnesota lawmakers passed to law prohibiting the state from issuing a permit to use more than a million gallons of water a year if it’s being sent more than 50 miles away for a public drinking water supply, or more than 100 miles away for some other purpose.

“With the sort of political power and influence that states like California and Arizona wield, that has me concerned that the change at the federal level could change the protection that we have over that water,” Atkins said.

The Minnesota Department of Natural Resources has not received any recent proposals to transport groundwater, said Barb Naramore, deputy commissioner.

She said a proposal to move water from the Mississippi River in Minnesota to the western US would not be permissible. If the proposal were to take water from farther downstream, such as St. Louis or New Orleans, Minnesota wouldn’t have regulatory authority, but would have serious concerns about the impacts, she said.

Minnesota is one of five states that are part of the Upper Mississippi River Basin Association, which doesn’t exclude diversion projects, but includes a commitment to notify and consult with the other states about such proposals. The group is looking at whether that needs updating or strengthening, Naramore said.

“They’re going to put some rules on how much water you can draw from the rivers, to make sure that the environmental and ecological health of the river and the wetlands and the lakes are preserved first,” he said.

Many critics of the water transport proposals say southwestern states should do more to reduce water use and explore other options such as reusing water before looking to the Mississippi.

Cofell said he’s bothered by the attitude of some residents of the southwestern US who seem to feel entitled to the Midwest’s water.

He’s concerned that the proposals to transport water don’t address what he sees as the root causes of the crisis: overpopulation and overconsumption.

“If you look at drone photographs of Palm Springs, most of the houses have swimming pools with nice blue water in them,” Cofell said.

But conservation isn’t enough, Keeler said. She said the places in the US that are expected to become increasingly hotter and less hospitable are also the places seeing the biggest growth.

“We’re going to start seeing over the next decade more and more instances where we have fewer options to supply water to these growing populations,” she said.

The debate about transporting water has one positive outcome: greater appreciation of how fortunately Minnesota is to have an abundant resource that’s so scarce in much of the world, Keeler said.

“I think the threat of another state laying claim to our freshwater in Minnesota is one of those issues that really cuts across political divides,” she said.