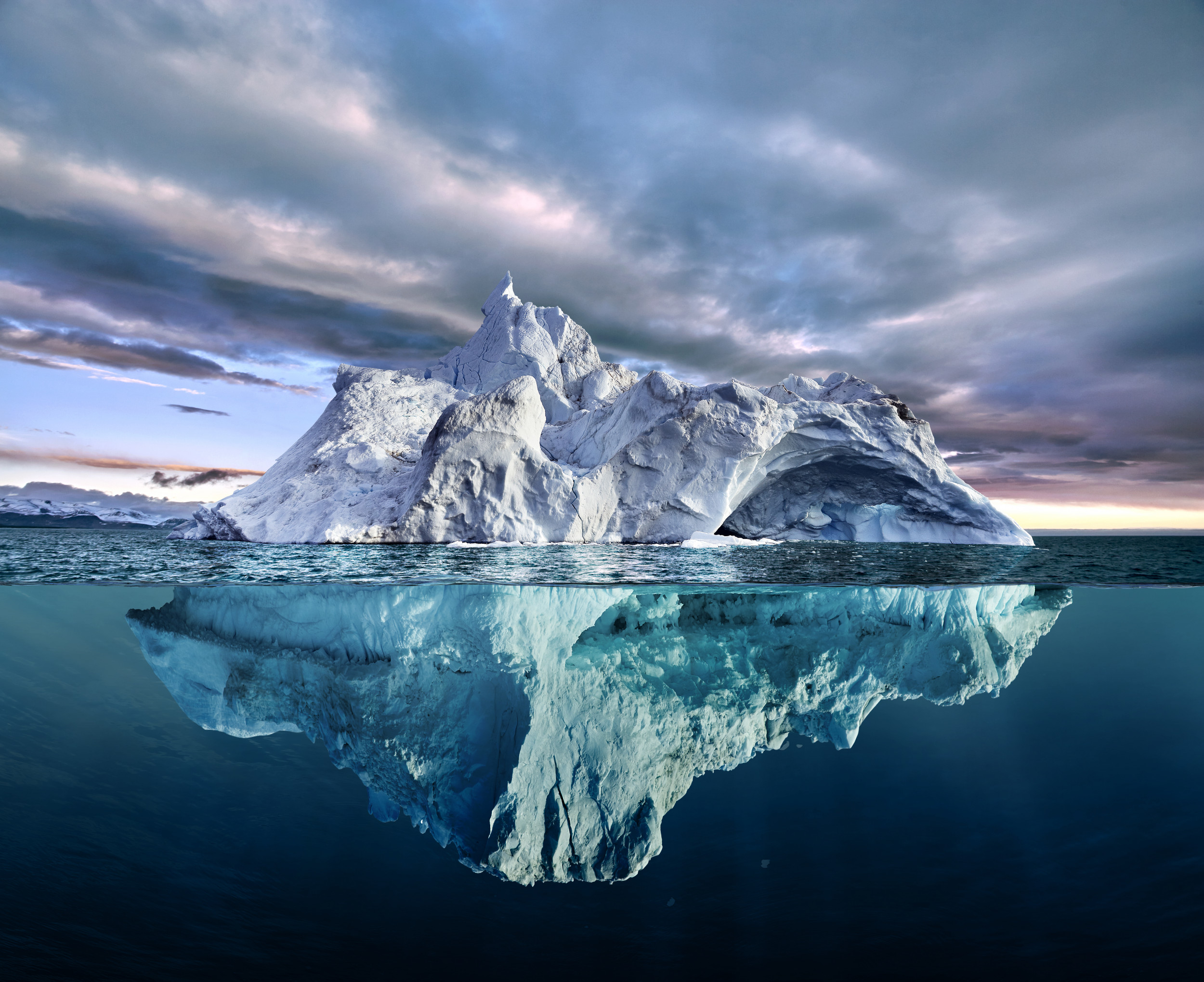 A massive glacier in Greenland is melting much faster than predicted, which could lead to huge rises in sea levels, scientists have warned.

A paper published in the journal Nature Climate Change on August 29 forecasts that at least 3.3 percent of the Greenland ice sheet will melt before the year 2100, triggering a rise of up to 1 foot in sea ​​levels worldwide.

“The ice sheet is more than 2 million years old and now is a dying relic of past ice ages,” Jason E. Box, one of the paper’s authors and a polar climatologist for the Geological Survey of Denmark and Greenland, told Newsweek.

Greenland’s ice sheet is the largest single mass of ice in the Northern Hemisphere and only rivaled worldwide by the antarctic ice sheet. It measures around 656,000 square miles and covers nearly 80 percent of the entire island of Greenland.

“The presence of ice rafted debris—grains of sand and gravel transported by icebergs—in marine sediments in the Greenland Sea shows that there have been marine-terminating ice caps on Greenland since at least 7 million years ago,” Rob Larter, a marine geophysicist with the British Antarctic Survey, told Newsweek.

Throughout history, glaciers such as the Greenland ice sheet have melted in seasonal cycles, losing volume in the summer and refreshing during the winter. However, as climate change causes temperatures to rise, the melting events are getting more dramatic each year and ice sheets are not recovering in winter.

Even when measured against models that take into account the effects of climate change, Greenland’s glaciers are melting faster than predicted. According to the National Snow and Ice Data Center, as of July 25, the Greenland ice sheet’s seasonal melting cumulative extent—the sum of each day’s melt area since April 1—was 5.41 million square miles.

“The ice is melting much faster than in ice sheet models,” said Box. “The end-of-century [Intergovernmental Panel on Climate Change] latest assessment has roughly 0.14 meters sea level rise under a high-emission scenario, while our study has 0.27 meters already committed up through 2019.”

As glaciers melt, the water enters the oceans. the Nature Climate Change paper predicts a 1-foot rise in sea levels if the glacier melts by the forecast 3.3 percent. If the entire glacier eventually melts, the rise would be far more dramatic.

“The volume of ice in the modern ice sheet would raise global mean sea level by 7 meters [23 feet] if it all melted,” said Larter.

“Deep ice cores from the center of the ice sheet have recovered ice from the warmest part of the last interglacial period, 125,000 years ago, showing that some of the ice sheet survived a time when average global temperatures were up to a degree Celsius warmer than today.However, on the current trajectory, temperatures will exceed this limit before the end of this century, taking us into unknown territory.”

The National Snow and Ice Data Center has also recorded unusually high melting of the Greenland ice sheet in September, which is usually when summer melting begins to level off.

“The intensity and scale of the melt event is extremely unusual to occur in September—normally most intense melt occurs in July/early-mid August,” James Lea, a senior lecturer in glaciology at the University of Liverpool, told Newsweek.

He added: “While the overall loss of ice during this time may be relatively small compared to the entire ice sheet, the impact of it has longer-term impacts on the resilience of the ice sheet to future warm temperatures.

“This is because the meltwater at high elevations trickles down through the snowpack and refreezes into discrete solid ice layers, which means that when future melt occurs, the water will not trickle down but form runoff. This runoff is more likely to be lost from the ice sheet, contributing to sea level change and other impacts.”

According to Lea, late melt events also remove part of the snow that usually builds up over autumn/winter, providing a layer of protection against the next year’s melt season.

“The more snow you have, the bigger the protection, as it takes more energy to melt bright white snow than the darker ice that lies beneath it. Think of the difference of how hot you get being out in the sun wearing a white t- shirt versus wearing a black t-shirt,” he said.

“If you have more late melt events, then the ice sheet’s protective layer for next year is more likely to be thinner. Of course, this would be compounded if we get low snow accumulation this winter.”