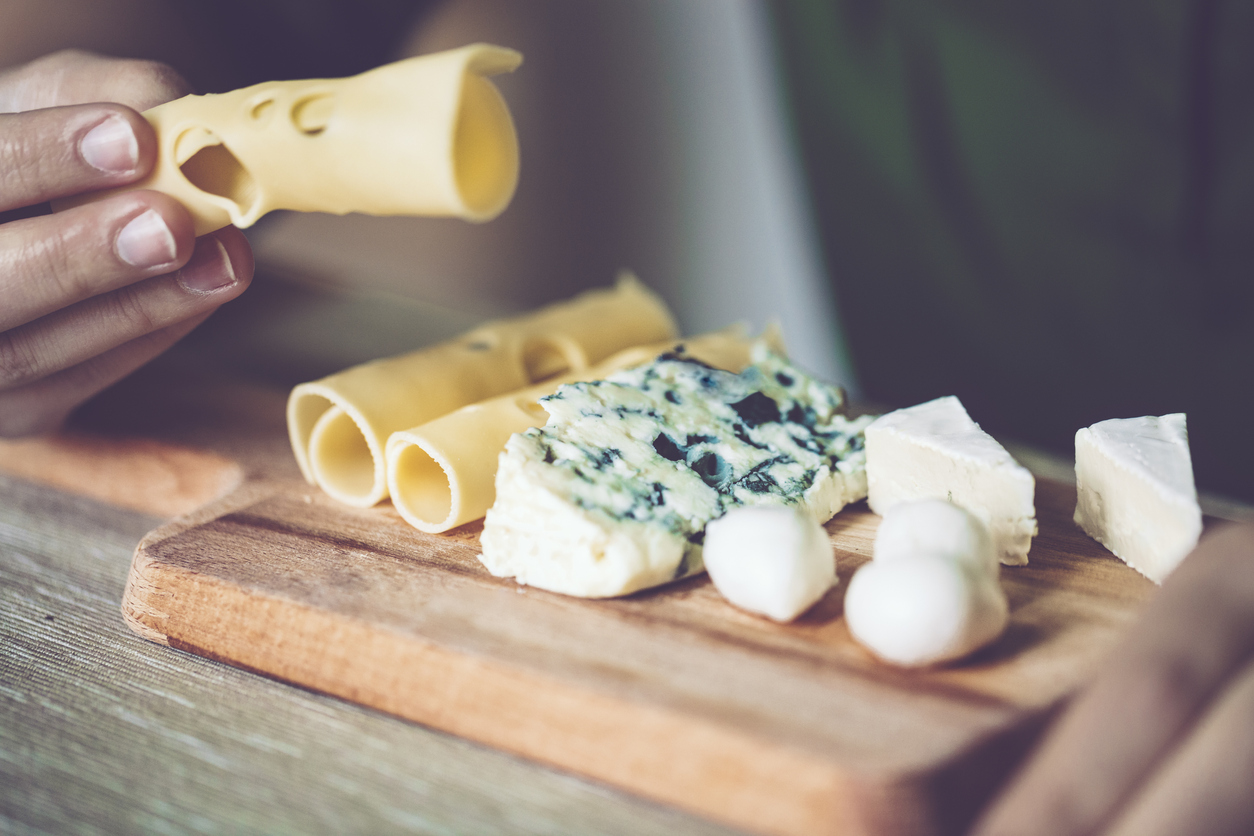 Almost nothing in your fridge can find its way into as many meals as cheese. It can be a midday snack or a topping on your favorite baked dish just as easily as it can be the star of a lavish hors d’oeuvre party tray or an entire breakfast, lunch, or dinner by itself. But you may want to wait before you have another hunk of your favorite dairy product after the Food & Drug Administration (FDA) issued a recall on nearly a dozen cheeses. Read on to see which products the agency says you should toss immediately.

READ THIS NEXT: If You Have This Meat in Your Freezer, Do Not Eat It, USDA Warns.

Besides being a major dietary restriction for many, dairy is a particularly sensitive food item that often has a notoriously short shelf life before it should no longer be eaten. But in a few instances this summer, some products have been found to be unsafe for consumption due to mishaps during production, leading to a handful of recalls for the sake of public safety.

In June, the FDA announced that Paris Brothers, Inc. was pulling eight types of its cheeses from shelves after sampling by the agency detected the presence of Listeria monocytogenes bacterium. Two months later, on Aug. 5, the agency announced that Colorado-based Royal Crest Dairy voluntarily recalled its Farmer’s 2% Reduced Fat Chocolate Milk Pints. The move came after the company discovered it could contain egga potential allergen.

Most recently, the FDA announced on Aug. 19 that Colorado-based Epicurean Butter LLC was recalling the Wegmans Lemon Dill Finishing Butter it produces for the popular regional grocery store chain. The item was pulled from shelves in seven states and Washington, DC, after the company got word from its herb supplier that ingredients could potentially be contaminated with Listeria monocytogenes.

Now, the agency has flagged more dairy items as a potential health risk.

On Aug. 29, the FDA announced that Newburg, Pennsylvania-based Keswick Creamery had issued a recall on 10 of its cheeses. According to the notice, the items were distributed to retail locations in Maryland, Pennsylvania, Virginia, and Washington, DC

RELATED:
For more up-to-date information, sign up for our daily newsletter.

According to the FDA’s notice, Keswick Creamery issued the product recall after discovering the cheeses could potentially be contaminated by dangerous Listeria monocytogenes bacterium. The agency says it discovered the health risk during routine sampling that found some finished products tested positive for the microorganism. For now, the company has halted all production and distribution of its products while it investigates the matter.ae0fcc31ae342fd3a1346ebb1f342fcb

The FDA says that healthy people who accidentally ingest listeria Typically suffer short-term symptoms such as high fever, severe headache, stiffness, nausea, abdominal pain, and diarrhea. However, infections can potentially be fatal in younger children, elderly people, or those who are immunocompromised and can cause miscarriages and stillbirths in anyone who is pregnant.

The FDA reports that no illnesses connected to the cheese recall have been reported to date. But the agency advises anyone who may have purchased the affected products to discard them immediately. Customers can also reach out directly to Keswick Creamery to report their purchases and request a full refund from the company, with contact information posted on the FDA’s notice.