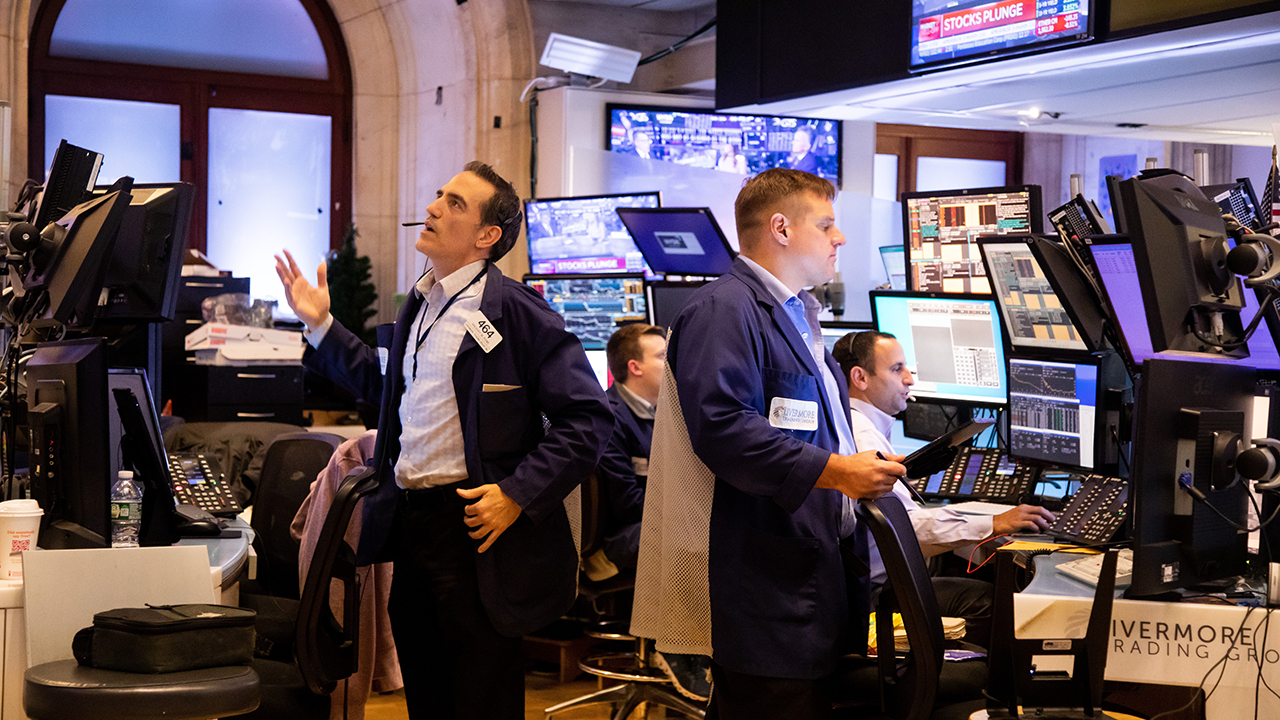 The investment lessens chances that Tencent, or another company, would acquire Ubisoft.

In addition, Tencent is providing Ubisoft’s parent company, Guillemot Brothers Limited, with a long-term unsecured loan to refinance its debt and provide additional financial resources that can be used to acquire equity in Ubisoft.

The move comes as the MLBPA is attempting to unionize minor leaguers following decades of opposition and in the aftermath of a nearly 100-day lockout that delayed the start of the season. Clark made the announcement alongside AFL-CIO president Liz Shuler during an event at the National Press Club.

The MLBPA is the 58th union to affiliate with the AFL-CIO, the largest labor federation in the US with 12.5 million members. The AFL-CIO’s Sports Council already included players’ associations from the NFL, National Women’s Soccer League, United Soccer League and US Women’s National Team.

The MLPBA on Tuesday asked management to voluntarily accept the union as the bargaining agent for minor leaguers. Bruce Meyer, the union’s deputy executive director, sent a letter to MLB Deputy Commissioner Dan Halem that claimed a majority of roughly 5,400 minor leaguers had signed authorization cards.

The MLBPA, which reached its first collective bargaining agreement for major leaguers in 1968, launched the minor league unionization drive Aug. 28. Players with minor league contracts, who earn as little as $400 weekly during the six-month season, would become their own bargaining unit within the MLBPA.

Baseball and the players settled on terms of a new collective bargaining agreement in March, ending the sport’s ninth work stoppage after 99 days and clearing the way for a full, 162-game regular season with opening day pushed back a week.

T-Mobile to sell wireline business to Cogent, expects $1B charge

T-Mobile US Inc is doubling down on 5G services by selling its wireline business to Cogent Communications Holdings Inc in a deal it expects to result in a $1 billion pre-tax charge.

The deal announced on Wednesday has a value of $1 and under it Cogent will also offer certain services to T-Mobile for $700 million for the next four and a half years after the transaction closes.

T-Mobile has been shifting its focus away from the wireline business, which includes assets from its $26 billion acquisition of Sprint Corp in 2020, as the carrier expands its 5G and high-speed internet services.

Cogent said the purchase would strengthen its offering to consumers and enterprises, and added the US long-haul network could eventually replace its current leased network and help expand its product set.

The company does not plan to issue new debt or equity to finance the acquisition and will continue to maintain its current dividend plan.

The deal is expected to close in the second half of 2023, and T-Mobile said it would book the charge in the third quarter of 2022.

Twitter shares took a leg up after the Delaware Judge overseeing the trial with Elon Musk ruled the dates cannot be pushed back but she did note that Musk can ammend his suit to include the whistleblower, the social media giant’s former head of security.

Brian Cornell, Target’s CEO, isn’t quite ready for his retirement years. He’ll be sticking around to run the big box retailer for three more years.

“In discussions about the company’s longer term plans, it was important to us as a board to assure our stakeholders that Brian intends to stay in his role beyond the traditional retirement age of 65. We enthusiastically support his commitment and his continued leadership, especially considering his track record and the company’s strong financial performance during his tenure,” said Monica Lozano, lead independent director of Target’s Board of Directors in an announcement.

Apple CEO Tim Cook will tease his upcoming event Tuesday which is expected to bring a number of key enhancements to major products including the iPhone and iWatch ahead of the key holiday selling season.

US stocks notched modest gains as investors await Apple’s highly anticipated event which kicks off at 1 PM ET. An hour later, the Federal Reserve will release the Beige Book, a snapshot of the regional economy. In commodities, oil fell nearly 4% to $83.51 per barrel.

In the past week, mortgage rates increased to 5.66% from 5.55%.Overall demand for mortgage applications fell by 0.8%, according to the weekly survey from the Mortgage Banker’s Association.

One area in particular that is seeing the impact of higher rates is refinancing. The refinancing index declined 1% from the previous week.

“Mortgage rates moved higher over the course of last week as markets continued to re-assess the prospects for the economy and the path of monetary policy, with expectations for short-term rates to move and stay higher for longer,” said Mike Fratantoni, MBA senior vice president and chief economist.

One of the largest labor unions in the United States has launched a new division focused on assisting Amazon employees, amid an evolving effort by workers to unionize.

In a statement, the International Brotherhood of Teamsters called Amazon “one of the world’s most dangerous employers” and said its new arm would work to unite Amazon employees, secure workplace protections in the warehouse and defend workers from “unchecked exploitation.”

“For 120 years, the Teamsters have proudly and ferociously protected transportation, logistics, and delivery workers, and we refuse to allow Amazon to continue to abuse and disrespect the more than one million Americans it employs,” Teamsters General President Sean M. O’ Brian said.

He added: “The Teamsters are best positioned to coordinate and secure guaranteed protections for these workers, and Amazon knows it. Our new division affords a nationwide network of resources to all Amazon workers, behind the wheel of any truck or hard at work in any facility, to strategize with the union, mobilize in their communities, and succeed together.”

EXCLUSIVE: Assurant, an insurance firm that partners with Apple on its trade-in program, is expecting an uptick in volume following the tech giant’s “Far Out” event on Wednesday, where the company is widely expected to announce the iPhone 14.

The average price of a gallon of gasoline slipped on Wednesday to $3,764, according to AAA. Tuesday’s price was $3,779.

US West Texas Intermediate crude futures traded around $87.00 a barrel.

Brent crude futures traded around $93.00 a barrel after slipping 3% in the previous session.

Oil wall strong gains made on Monday after the Organization of the Petroleum Exporting Countries (OPEC) and their allies, a group known as OPEC+, decided to cut output by 100,000 barrels per day in October.

Investors are also watching for further interest rate hikes to curb inflation. The European Central Bank is widely expected to lift rates sharply on Thursday. The US Federal Reserve meeting will follow on Sept. twenty-one.

Weekly US inventory reports from the American Petroleum Institute and Energy Information Administration will be released a day later than usual, because of Monday’s holiday.

Bitcoin was trading around $18,000, after declining in five of the last six days.

Ethereum was trading around $1,500, trading up more than 2% in the past week.

Dogecoin was trading around 5 cents and is down more than 4% in the past week.

United Airlines has drawn a line in the sand with the Federal Aviation Administration (FAA) concerning its flights at New York’s John F. Kennedy Airport (JFK).

United says if the FAA doesn’t grant the airline additional flights, it will end service at the busiest New York-area airport in October.

United Chief Executive Scott Kirby made the request to the FAA last week, urging an increase in capacity, according to an email to employees seen by Reuters.

“If we are not able to get additional allocations for multiple seasons, we will need to suspend service at JFK, effective at the end of October,” United’s email said.

Theranos founder Elizabeth Holmes is asking for a new trial after being convicted on fraud charges earlier this year, now claiming that a witness for the prosecution came forward expressing regret over how his testimony against her was presented to the jury.

According to the filing, Rosendorff called Holmes and one of her attorneys last month seeking a meeting before driving to the disgraced founder’s home and having a conversation with her partner, William Evans.

Holmes’ attorneys wrote that Rosendorff was “seemed to be in distress and his voice was trembling” when he first approached Evans on Aug. 8, and that the witness “explained that he wanted to speak to Ms. Holmes because it would be ‘healing’ for both himself and Elizabeth to talk.'”