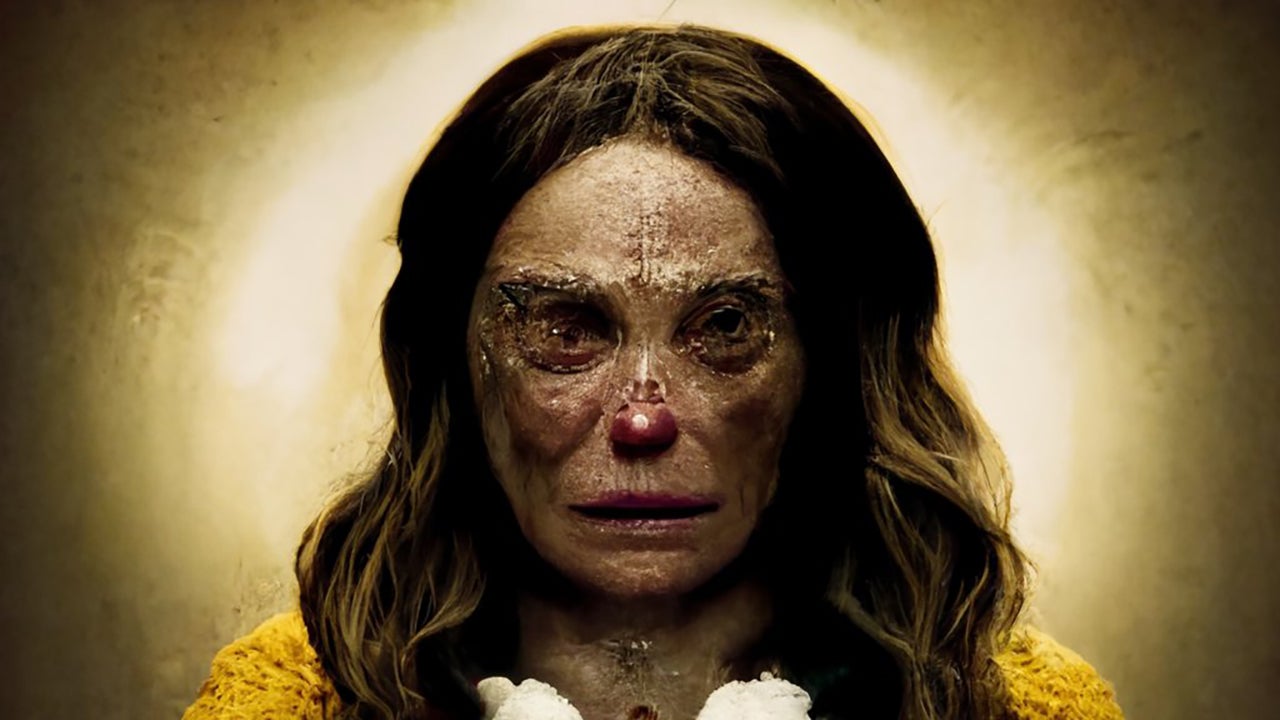 An AI art enthusiast has apparently stumbled across a creepy, recurring image – now known as Loab – which appears to be more easily generated than you’d ever expect (or want). The Internet has now dubbed Loab the first AI art cryptid.

Artificial intelligence has come a long way since the concept was pioneered by Alan Turing in the 1950s. In a nutshell, machines with artificial intelligence have been programmed in a way that allows them to mimic human intelligence – and in some cases learn and improve – in order to complete preordained tasks. AI is a cornerstone of our technology oriented modern-day lives, and in recent times it has started to make its influence known in the artistic sphere.

Scientists have created bespoke AI programs that are capable of taking prompts from humans – often in the form of plain text or images – and use them as guiding points of inspiration with which to generate art. Often, these computer generated images are chaotically random and surrealist in nature, and on occasion they have even been known to stray into the realms of the nightmarish and the creepy.

Enter Loab. Earlier this year Twitter user Supercomposite claims to have prompted the creation of an AI generated woman – that they named Loab – who ‘haunts every image that she touches’.

🧵: I discovered this woman, who I call Loab, in April. The AI ​​reproduced her more easily than most celebrities. Her presence of her is persistent, and she haunts every image she touches. CW: Take a seat. This is a true horror story, and veers sharply macabre. pic.twitter.com/gmUlf6mZtk

Loab’s alleged origins were innocent enough – Supercomposite simply asked the AI ​​to create an image that was the opposite of Marlon Brando. To do this, they typed in what is known as a negatively weighted prompt, which causes the program to create the polar opposite of what it perceives to be its subject.

In this case, they used the prompt ‘Brando::-1’, and unexpectedly created a strange logo depicting a skyline, and the letters ‘DIGITA PNTICS”. Curiosity got the best of Supercomposite, who fed the letters back to the AI ​​as another negative prompt, wondering if it would show them a picture of Marlon Brando.

In return, the program apparently returned the first images of Loab.

I wondered: is the opposite of that logo, in turn, going to be a picture of Marlon Brando? I typed “DIGITA PNTICS skyline logo::-1” as a prompt. I received these off-putting images, all of the same devastated-looking older woman with defined triangles of rosacea (?) on her cheeks from her. pic.twitter.com/tnhBzWPHYf

The sudden appearance of this distorted individual was creepy enough in its own right, but according to Supercomposite, things got stranger from there. They decided to combine one of the images of Loab with another made by a friend, depicting a glass tunnel surrounded by angels.

The results are grotesque – and Supercomposite and other AI artists say that something about the Loab image pulls art creation tools towards the horrific. We won’t be posting the more intense images in this story, but be warned that the linked Twitter thread contains some pictures you may find unpleasant.

“Through some kind of emergent statistical accident, something about this woman is adjacent to extremely gory and macabre imagery in the distribution of the AI’s world knowledge.” said Supercomposite in a Twitter thread detailing the emergence of Loab.

In addition, where you might expect multiple iterations of combined images to begin showing something new, Supercomposite says Loab is unexpectedly persistent. In the Twitter thread, they explain that almost all of the subsequent prompts that involved Loab featured her as a prominent, recognizable figure central to the disturbing and often gory scenes she inhabited.

The AI ​​was apparently able to ‘latch onto the idea of ​​Loab’ so well, that she persisted through generations of images – even reappearing in later images after seemingly disappearing.

Even when her red cheeks or other important features disappear, the “Loabness” of the images she has a hand in making is undeniable. She haunts the images, persists through generations, and overpowers other bits of the prompt because the AI ​​so easily optimizes toward her face. pic.twitter.com/4M7ECWlQRE

The persistence of Loab and its overall creepiness led one person to dub her ‘the first cryptid of the latent space’ (a term referring to the space between the input and output in machine learning), and the Internet has followed suit, dubbing her everything from a hero to a demon, and even creating fan art of the digital art

There’s even some debate over whether this is a legitimate quirk of AI art software, or a cleverly disguised creepypasta – although Supercomposite and their friends have posted chat logs that seem to point to Loab being discussed privately as far back as April this year.

Whatever the truth of Loab’s origins, she’s now trending on Twitter, and causing discussion well beyond her original thread on topics as far-ranging as machine learning biases and the validity of AI art – it feels as though we’ll be seeing her haunt the Internet for some time to come.