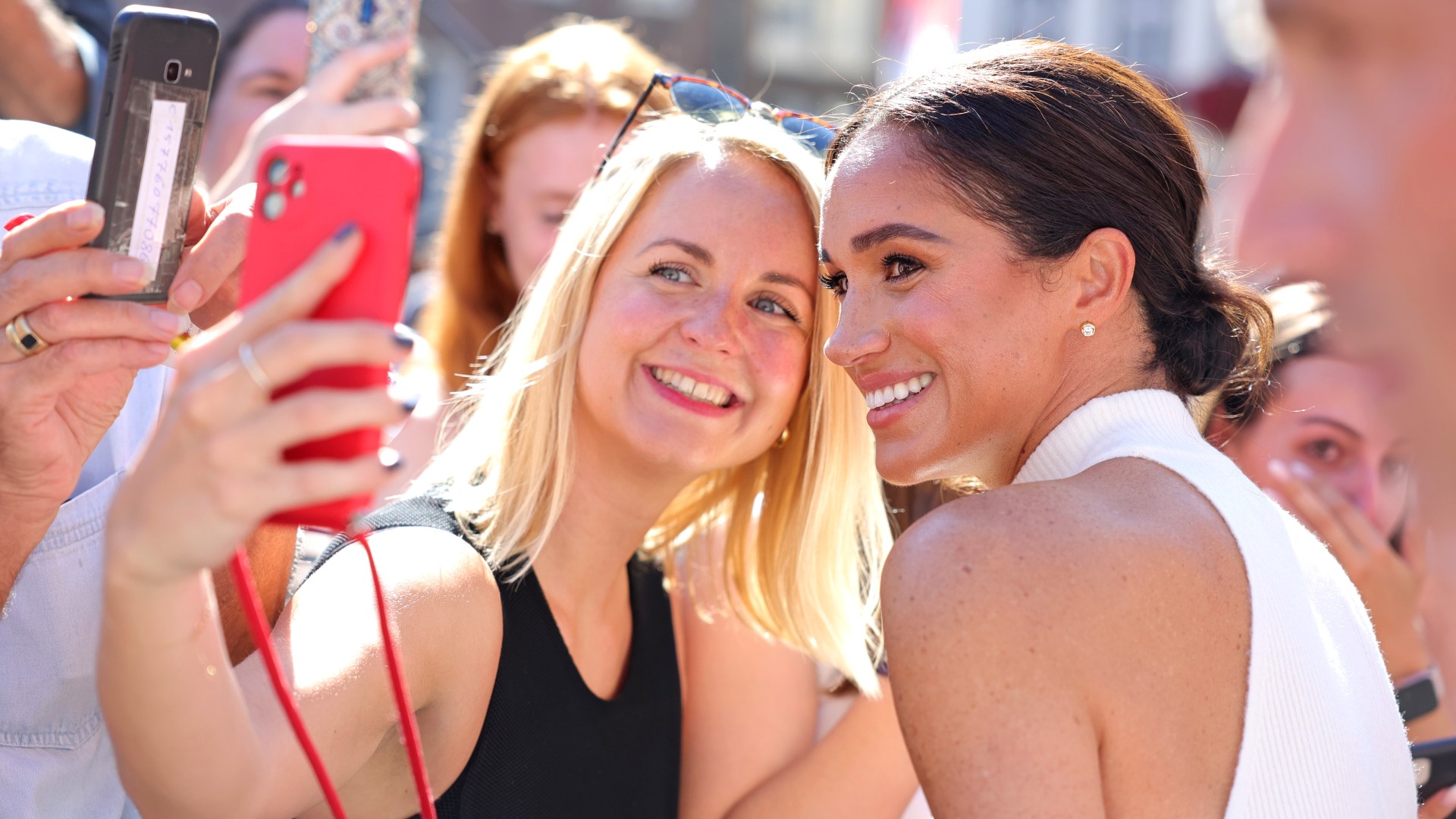 MEGHAN Markle beamed in selfies on a red carpet as she shrugged off criticism over her “me, me, me” speech.

The Duchess of Sussex also shook hands as she went to greet her smiling fans in Dusseldorf, Germany.

her husband prince harry accompanied her and was greeted by well-wishers and even a pet dog outside a town hall.

It comes after Megan was last night slammed by fans for mentioning herself 54 times in her seven-minute speech at the One Young World summit.

But today she smiled and waved at fans on the red carpet before being welcomed by the Mayor.

She also was glowing this morning as she was spotted leaving Windsor with Prince Harry. 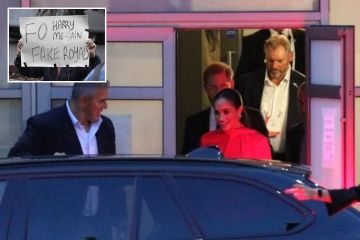 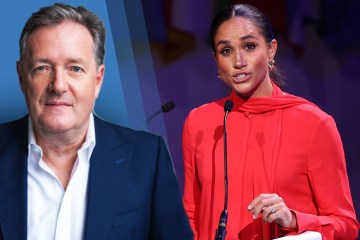 Megan was seen with a smile from ear to ear in a cream sleeveless high neck sweater.

She is in Dusseldorf, Germany, with Prince Harry for the second stop of their mini-tour – a year before Harry’s Invictus Games are held there.

The couple are attending a reception for an Invictus Games event, marking the one-year countdown to the Dusseldorf 2023 games.

The pair are expected to meet officials and potential competitors in the city on Tuesday.

Members of the public clapped and raised their phones in their air to get pictures as the couple arrived.

The Sussexes signed a special guestbook known as the Golden Book, inside the Town Hall.

It is also believed to have been signed by the Queen during a visit to Dusseldorf in the 1960s, according to a city official.

Delivering a speech at the Town Hall reception, Harry said he is “filled with such excitement” at the thought of the next Invictus Games having the backdrop of the River Rhine.

He said: “I can’t wait to hear the roar of the crowds, to feel the adrenalin of the competition and join in on the laughter and even the tears, happy ones of course, while we get to witness lives being changed right before our eyes.”

Harry opened his speech with a few words of German and wiped his brow to applause as he smiled in relief, adding: “That’s about where it stops.”

He also jokingly asked the people at the small reception whether the beer in Dusseldorf was better than in Cologne, to applause and nods of yes from those in attendance.

Last night Meghan told the One Young World summit “it’s very nice to be back” before launching into a monologue about her time with the host charity.

Outside, the Duke and Duchess of Sussex received cheers and boos from onlookers as they were driven the 200 yards from a £500-a-room hotel to the youth gala at Manchester’s Bridgewater Hall.

Protesters waved placards including one accusing her of being a “Fake Royal”.

One demonstrator said: “It was odd that the whole speech was about herself. But that is Meghan.

“We watched it and have no idea what the charity is actually about.”

Several accused her of peddling lies and launching an attack on the royal family.

One woman said: “It’s all about the merch with her.

“All she’s done is attacking the royal family and now she’s just out to make money.”

The Sussexes, who have been blasted for using gas-guzzling private jets, took the train from London Euston to Manchester yesterday afternoon.

Greater Manchester Police said the couple’s security would be paid for privately but several officers were there last night.

It was Meghan’s first speaking engagement in the UK since megxit in March 2020.