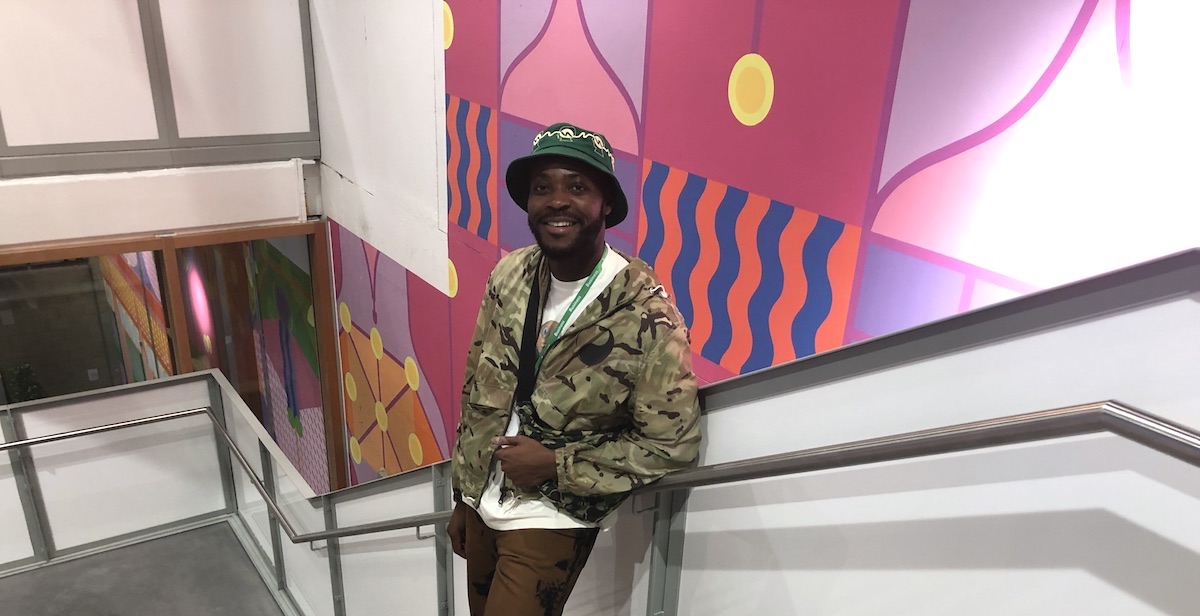 Art offers new ways of thinking about ourselves, our communities and the world at large

Meta Open Arts have selected multiple artists, each dealing with a different subject matter, to create a thought-provoking experience. Art is also known to be good for mental health and an asset to the workplace.

Tours of the artworks will be available as part of the Open House Festival on 10 & 11 September 2022. In addition, a UK partnership launches this Autumn with London Design Festival, co-curating a day of talks at the V&A.

Tina Vaz, Head of Meta Open Arts, said: “Our UK programming celebrates the vibrancy, history and diversity of London. Through physical commissions, convening international dialogue and digital experiences such as the AR effect created in collaboration with Yinka Ilori, Open Arts provides resources and opportunities to maximize creativity, build community and bring people closer together, both inside and outside our offices.”

In addition to the onsite artworks, Meta Open Arts have also commissioned an augmented reality installation from Yinka Ilori, echoing the themes explored in the mural he has created for the office. Using Spark AR, Meta’s Augmented Reality Platform, the AR effect is available on Ilori’s Instagram profile and allows the viewer to experience the artwork from anywhere. Motifs that reflect the industrial past of the area and animations of flora found along the nearby canals will be brought to life through this activation. Passers-by can activate the interactive AR filter by scanning QR codes found on Lewis Cubitt Square.

Linda Shevlin, Curator at Meta Open Arts, says: “We were thrilled to work with such incredible London-based artists for these commissions in King’s Cross. These works, many at the intersection of art and technology, reflect the innovative spirit of London. It was an honor to support the artists in bringing these works to life.” 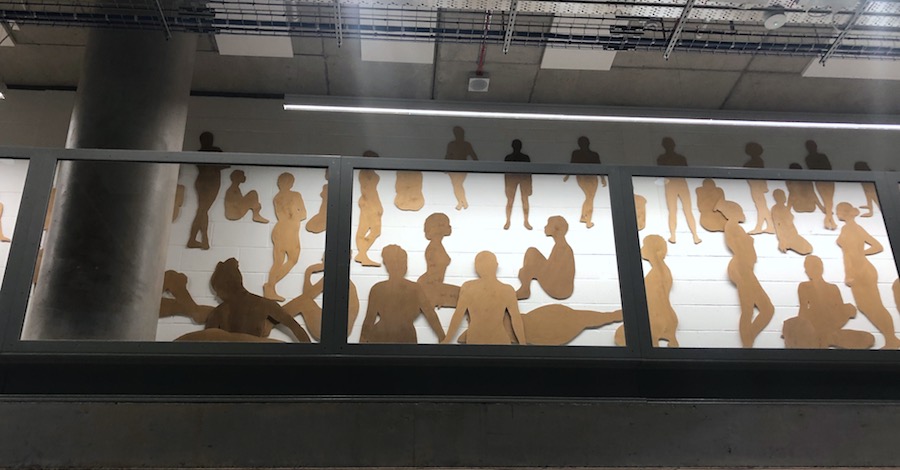 Mary Evans takes imagery from popular culture and transforms it into universally understandable symbols about the human experience. Her work by Ella is grounded in research on the relationship between contemporary Britain and its imperial past in Africa. Through sculptures and installation, Evans composes narratives based on her experience of her growing up in England and the difficulty of maintaining her African heritage. Each handcrafted artwork addresses the tenuous relationship between alienation and belonging and examines how these feelings shape cultural identities. In this commission, Mary’s wooden silhouettes reflect the mistreatment and misrepresentation of African people and cultures throughout history. Ella Mary’s work tells stories about the resilience of the Black body and its ability to endure and prevail despite the challenges imposed upon it. Emulating a Grecian frieze, Mary’s figures represent community, family and strength.

Yinka Ilori is a multidisciplinary artist and designer whose bold visual language draws on his British Nigerian heritage to convey new narratives through contemporary design. Drawing on Nigerian parables and verbal traditions, Yinka touches on many themes that resonate with a global audience. His projects demonstrate how design can bring together communities and positively impact society, evoking a sense of joy and optimism. Often using the city as his canvas, he reimagines spaces to encourage a sense of community and invites audiences to engage and participate in his work and its surroundings. Celebrating the industrial legacy of the King’s Cross area, Yinka’s commission for the office is the largest mural globally and visually references the area’s industrial past and local natural ecosystem. 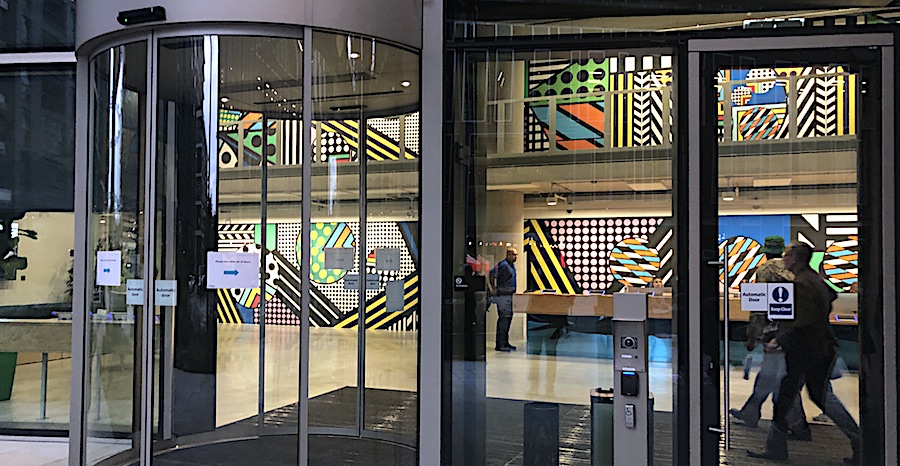 Kyung Hwa Shon’s work explores the reciprocal relationship between a city and imagination. The city is a field of excavation in which everything is buried, hidden, and remains undiscovered. By relocating to different cities, including Seoul, Paris, Chicago and London, Kyung Hwa has been exposed to different cultures, languages ​​and architectural spaces, which all manifest in her art. Ella sher merges memories with current experiences and spaces to give viewers a sensory and emotional experience.

Meta Open Arts also announced a new partnership with London Design Festival this autumn. On Sunday, 25 September, Meta Open Arts supports the final day of the Global Design Forum, the London Design Festival curated thought leadership programme, celebrating design and the minds shaping its future. Hosted at London’s Victoria & Albert Museum, the event ‘Design in the Metaverse’ will see discussions centered around digital material ecology and borderless technology and its implications on how we design. Speakers will include Dominique Petit-Frère, Founder and Creative Director of Limbo Accra.

Additional partnerships will be announced in the coming months to showcase Meta’s belief that creativity can offer new ways of thinking about ourselves, our communities and the world at large. 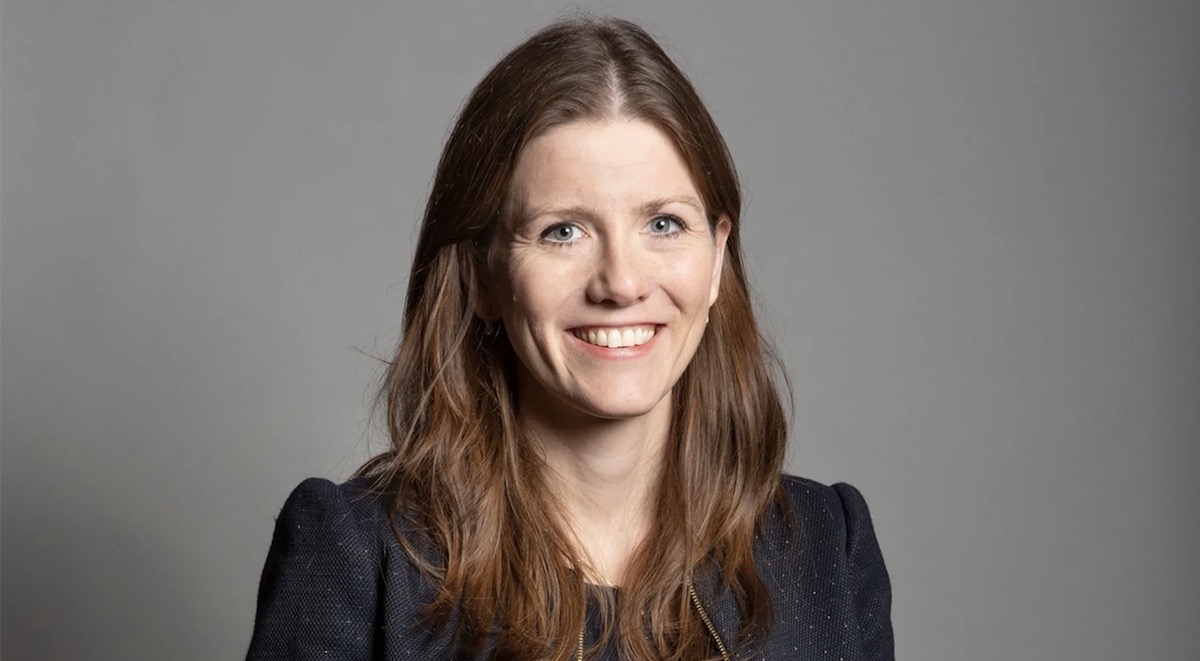 Michelle Donelan has been appointed Secretary of State for Digital, Culture, Media and Sport by Prime Minister Liz Truss.

Nadine Dorries stepped down yesterday as Culture Secretary. She was only one year in the office. The MP for Mid Bedfordshire submitted her resignation letter as Liz Truss was appointed prime minister. Dorries stated she had been asked to stay on as culture secretary but she had told Truss she would “be better placed to support her from outside the cabinet”.

The environmentally minded artist Olafur Eliasson has unveiled a new online VR and later this month, an NFT of the project will be minted. The artworks reflect Eliasson’s stated concerns about climate change. Your view matter, 2022, invites us to look outwards at the social spaces we inhabit to reflect on how we inhabit them.

“A moiré is a ‘trick’ of the eye; when you see it, you see your own eye interacting with the headset’s technology and the artwork’s physical design. You are seeing how you see.”

Olafur Eliasson’s new virtual-reality artwork invites you to journey through a series of six spaces. Five take the form of Platonic solids, geometrical shapes known since ancient times: the tetrahedron, octahedron, icosahedron, dodecahedron, and cube. The sixth and final space is a sphere.

Users explore these spaces from within, accompanied by a pulsing minimalist soundtrack created by the artist. Beginning inside the simplest of the forms, you journey through a progression of ever larger and more complex spaces before arriving again inside a simple cube.

The walls and ceilings scintillate with ever-changing moiré patterns, some quite colorful and others in stark black and white. These patterns may be familiar from print and screens, where stripes or plaids clash with the technology used to transmit the images. However, Moirés also occur in the physical world, in meshes, fences, and facades – wherever similar patterns are overlaid.

The patterns in your view matter constantly change in response to your shifting perspectives. They would not appear without your active engagement – ​​about your movements and within your eyes and brain. Therefore, the artwork exists only for you.