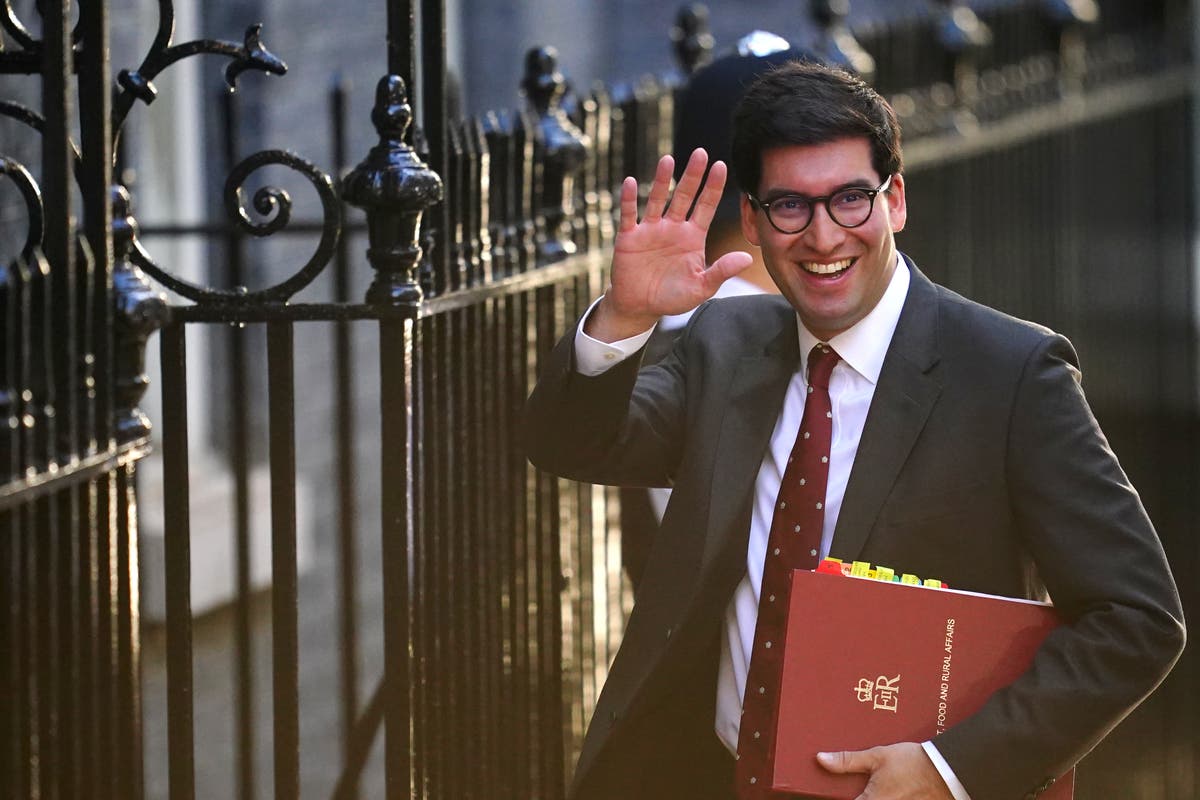 His appointment by Liz Truss has already caused alarm due to Mr Jayawardena’s voting recordwhich shows he has “consistently voted against measures to prevent climate change”, and also against government support for renewable energy projects, according to the website, They Work For You.

Despite this stance he has also campaigned for improved recycling, and supported government moves to ban plastic straws in 2020.

An MP since 2015 and formerly a junior minister at the trade department, Mr Jayawardena replaces George Eustice, who was appointed to the role by Boris Johnson in February 2020.

Mr Jayawardena’s voting record suggests he favors a light touch when it comes to environment regulations that could impact business.

The records on They Work For You show Mr Jayawardena voted “not to require a ‘climate and nature emergency impact statement’ as part of any proposal for financial assistance under a United Kingdom Internal Market Act”, in September 2020.

He also voted “not to require ministers to have due regard to the target of net zero greenhouse gas emissions by 2050 when taking actions including setting up agricultural subsidy schemes”, in October 2020.

As incoming environment secretary, Mr Jayawardena will be responsible for ensuring the UK’s food security and supporting UK farming, while also being the government’s lead figure on protecting the environment, inheriting issues such as sewage-filled water courses and seas, the agricultural impact of the current drought, the spread of bird-flu around the British coast, rewilding programmes, and grappling with the longer-term effects of the worsening climate crisis.

His voting record shows he was among the Conservative MPs who voted last year against Defra’s own environmental principles, designed, the department said, “to guide ministers and policymakers towards opportunities to prevent environmental damage and enhance the environment, where relevant and appropriate”.

These principles, put forward by the governmentinclude the “polluter pays principle”, which means that, “where possible, the costs of pollution should be borne by those causing it, rather than the person who suffers the effects of the resulting environmental damage, or the wider community”.

The Conservatives voted against the adoption of the principles which would have required public authorities to take a greater level of environmental action.

Mr Jayawarda also voted along with his Conservative colleagues against laws to slash transport emissions by 2030, and also against a proposal to bring forward “a green industrial revolution to decarbonise the economy and boost economic growth”. Both proposals were defeated in the Commons.

Following his appointment, Mr Jayawardena said: “It is a privilege to be appointed the Secretary of State for Defra.

“From food security and backing British farmers, to water security and growing our rural economy, I know that there is much to do.

“It is so important to recognize where our food comes from.”

In a linked Tweet, Mr Jayawardena added: “This year in North East Hampshire alone, we will consume: 11 million eggs, 550 tons of beef, 17 million pints of milk.

“I recently met local farmers with the NFU, to discuss the government’s support for British farming and the export growth ahead.”

The animal products Mr Jayawardena mentions are among the most environmentally damaging products produced on the planet, with 80 per cent of all farmland being used for livestock grazing or for growing feed for livestock.

Clearing land to support livestock has not only devastated natural ecosystems across Europe, home to some of the world’s most “nature depleted” states, such as the UKbut is also continuing to drive deforestation in vital environments such as the Amazon rainforest, where soya is grown and used to feed livestock around the world, according to the WWF.

Campaigners have called on Mr Jayawardena to now strengthen rules to protect the environment and address the sewage scandal.

Rebecca Newsom, head of politics at Greenpeace UK, said: “A summer of outcry at our sewage-strewn beaches should give the new secretary of state pause for thought when considering his priorities. The public wants to see our natural world enhanced, not degraded further through cuts to vital protections.

“This new government should seek to strengthen rules meant to stop sewage polluting our rivers and coast, keep plastic from our seas and prevent destructive fishing in our marine protected areas. These aren’t just red tape to be slashed. And far from being a boon, the new Secretary of State may find the main thing unleashed by cutting these protections is a wave of public anger as our natural world is further spoiled.”