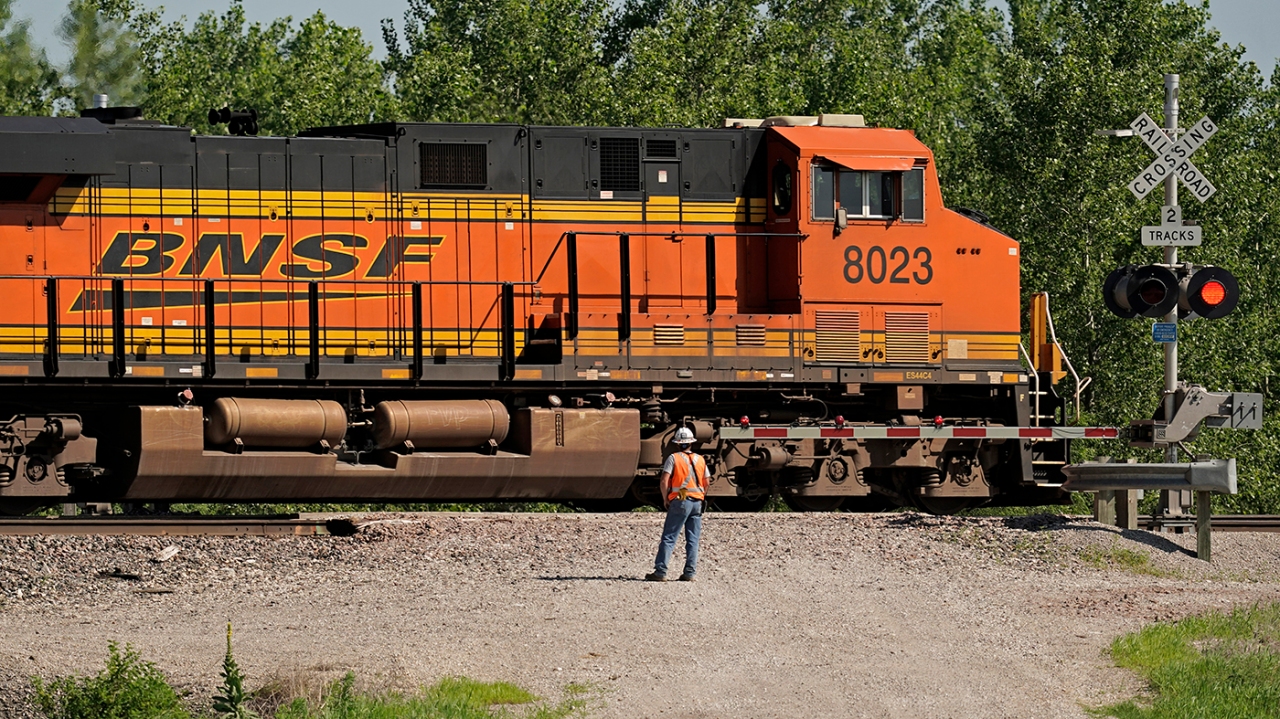 A potential nationwide freight rail strike is looming, threatening to cripple the US economy ahead of the holiday shopping season and November’s midterm elections. Roughly 115,000 rail workers could walk off the job as soon as Sept. 16 if they cannot agree to a new contract with railroads.

Five of the 12 unions representing rail workers have reached tentative agreements with railroads to enact the Presidential Emergency Board (PEB) recommendations, which call for 24 percent pay raises, back pay and cash bonuses.

But the bulk of railroad workers belong to unions that haven’t yet agreed to a deal. It’s also unclear whether workers would vote to ratify PEB recommendations that don’t address their concerns about punishing hours and rigid schedules that make it difficult to take time off for any reason.

“I would suspect that most railroad workers would love to strike, would love to get back at their employers after years of abuse while they watched the industry make record profits,” said Ron Kaminkow, an organizer at Railroad Workers United, which represents rank- and-file railroaders.

More than 9 in 10 railroad workers would vote to reject the PEB recommendations and go on strike, according to a recent survey from the organization.

Still, Kaminkow noted that workers could change their minds when faced with the prospect of years of back pay and the reality that Congress can take away their main source of leverage at any time.

Federal law gives Congress the power to block or delay a railroad strike. If workers were to walk out, lawmakers could vote to enact the PEB deal or appoint arbitrators to fast-track a new contract, among a range of other options.

The Association of American Railroads, which estimates that a national rail shutdown would cost the US at least $2 billion a day, said that lawmakers should vote to implement the PEB recommendations in the event of a strike to “instantly reward employees and reduce economic uncertainty. ”

Experts say that an extended walkout would devastate industries that rely on freight to transport grain, coal, diesel, steel and motor vehicle parts. Shipping containers would pile up at ports, severely congesting supply chains and sending prices soaring ahead of the holidays.

“The railroads are actually very critical to the nation’s economy, and also to security. There’s a lot of hazardous stuff that simply can’t go by road,” said Nicholas Little, director of railway education at Michigan State University’s Center for Railway Research and Education.

While Democrats are closely aligned with labor unions, organizers acknowledge that they likely wouldn’t allow for an extended strike just before the midterm elections. President Biden, who created the PEB in July to help resolve the contract dispute, is laser focused on unclogging supply chains.

“After the pandemic and supply chain disruptions of the past two years, now is not the time for more uncertainty and disruption,” a White House official told The Hill. “Now is the time for the parties to resolve their differences, before the nation’s economy begins responding to even the prospect of a nationwide rail stoppage.”

While both unions and railroads say they want to avoid a strike, some see a work stoppage as the only way to win better working conditions.

Over the last six years, the top freight carriers laid off 45,000 employees, or nearly 30 percent of their combined workforce, according to the Surface Transportation Board. That left trains understaffed when demand picked up, leading to service disruptions and overworked crew members.

Workers complain that they often cannot secure time off, even for scheduled doctor’s appointments or family events, and are disciplined whenever they miss a day for any reason. They say they don’t receive sufficient notice or rest before starting a days-long shift that could take them hundreds of thousands from home.

“Emotionally, you’re just drained,” Robert Hollifield, an electronics technician, said at a railroad worker town hall hosted by the AFL-CIO’s Transportation Trades Department last month. “Every time the phone rings, you go into a minor panic wondering where you’re going to have to go and how long you’re going to be gone away from your family.”

Many workers saw this round of negotiations as a key opportunity to revamp those policies and were disappointed when the PEB recommendations largely ignored them. There’s a growing sense of resignation that even if they want to strike, Congress won’t let them.

Congress last acted to end a rail strike 30 years ago. Most of today’s lawmakers and their top aides have never dealt with the issue before and have little knowledge of the process, likely giving industry insiders more influence.

The Brotherhood of Locomotive Engineers and Trainmen and the International Association of Sheet Metal, Air, Rail and Transportation Workers said in a Labor Day statement that railroads “all but hide behind Congress” in their efforts to reject workers’ demands.

“While there are no guarantees for either side as to what Congress might do if they are involved, there is no doubt that the rail carriers expect Congress to intervene to save them from dealing fairly with their employees if there is a job action,” they said.