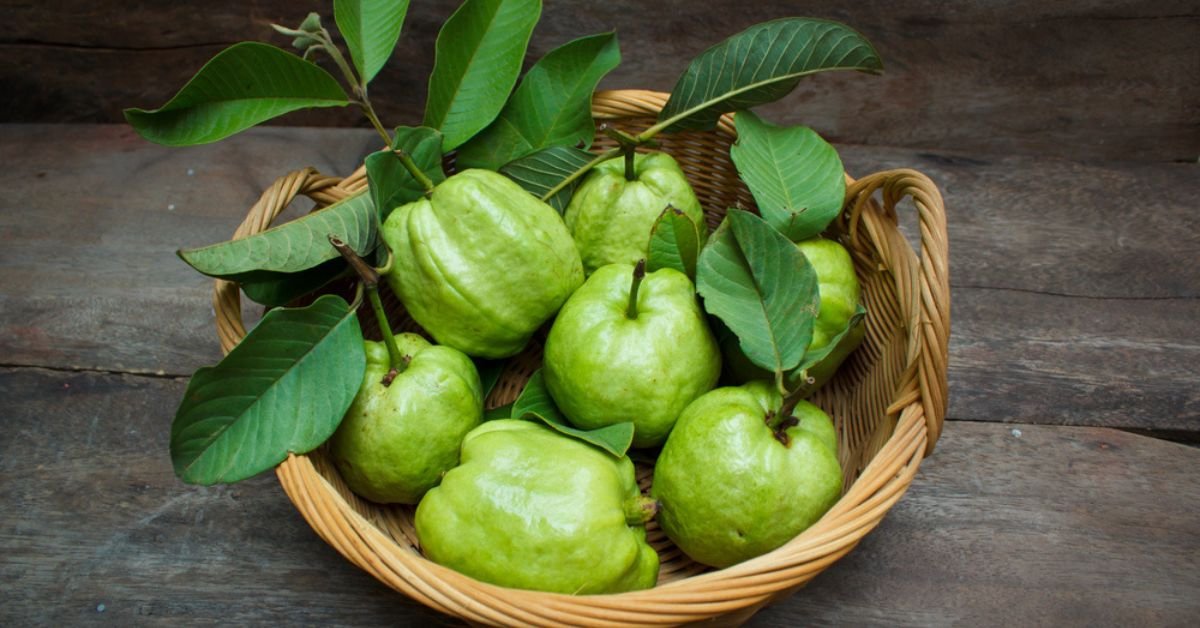 For me, eating ripe, sliced ​​guavas sprinkled with a pinch of salt and chilli powder brings with it an immense sense of nostalgia. There was a time when this was my daily snack at home, and we’d pluck the fruits off the lone guava tree in our backyard till there were none left.

My grandmother encouraged us to eat the fruit with the seeds and rind, which she said were as nutritious as the flesh of the fruit. She’d do so with a stern warning to rinse the fruit well before consuming it.

Guava, a tropical fruit that has its origins in Central America, was believed to have been brought to India by the Portuguese in the early 17th century. These fruits, which come in numerous varieties, are loaded with nutrients.

They are a rich source of Vitamin C, Vitamin A, potassium, manganese, and antioxidants. They are low in calories and rich in protein and fiber. Minerals like zinc, calcium, and iron are also present in smaller quantities, thereby making this the perfect healthy addition to one’s daily diet.

And it’s not just the flesh of the fruit that has benefits to offer. Research shows that seeds, yield, and leaves all carry several merits.

The extract of guava leaves has been a part of traditional medicine in different parts of the world. For example, Japan brews guava leaves to make herbal tea with medicinal properties.

“These leaves are a powerhouse of antioxidants like Vitamin C, and flavonoids such as quercetin,” Delhi-based nutritionist Anshul Jaibharat T told NDTV.

Here’s why you should, too, brew tea from guava leaves:

It was also found that drinking guava leaf tea after meals reduced blood sugar spikes by moderating the absorption of glucose (by inhibiting the absorption of two types of sugars, namely sucrose and maltose). The leaves also inhibit several enzymes that convert carbohydrates into glucose during digestion, which would be useful for people with type-2 diabetes mellitus.

In different parts of the world, guava leaf tea has been used in traditional medicine to manage conditions like diarrhoea. According to several lab studies, it was observed that diarrhoea was cured quickly after administration of guava leaf tea, which inhibited the growth of Staphylococcus aureus bacteria, a common cause of diarrhoea. It also helps alleviate abdominal pain and reduces watery stools.

Guava leaf extract has the capacity to inhibit different enzymes that convert carbohydrates into glucose, thereby promoting weight loss. Moreover, it is low in calories and therefore works as a good replacement for high sugar beverages.

Studies point out the anti-bacterial and anti-fungal properties of guava leaf extract. Several compounds in the leaf — including flavonoids, tannins, and acids — contribute to the antimicrobial properties and help treat gastrointestinal issues.

According to a few lab studies, it was found that guava leaf tea has the capacity to help in lowering the LDL (low-density lipoprotein) cholesterol, also known as “bad cholesterol”, as well as triglycerides, while keeping the good cholesterol in balance.

According to a study published in ‘Nutrition & Metabolism’ in February 2010, people who drank guava leaf tea had lower total cholesterol, low-density lipoprotein levels, and triglycerides after eight weeks, whether or not they were receiving medical treatment to lower their cholesterol levels.

As a rich source of Vitamin C, guavas help boost immunity or maintain a healthy immune system. Their antimicrobial properties also help in preventing different types of infections caused by bacteria and viruses.

One study has found that drinking guava leaf tea during a woman’s period helped reduce painful cramps. The study also points out that guavas were effective or more potent than some painkillers.

Here’s a recipe to make the healthy tea:

Health Effects of Psidium guajava L. Leaves: An Overview of the Last Decadepublished by National Center for Biotechnology Information on 24 April 2017.

Effect of a Psidii guajavae folium extract in the treatment of primary dysmenorrhea: a randomized clinical trialpublished by National Center for Biotechnology Information on 13 October 2016.

Health Benefits of Guava, by Neha Pathak; published by WebMD on 17 September 2020.

8 Health Benefits of Guava Fruit and Leavespublished by Healthline.