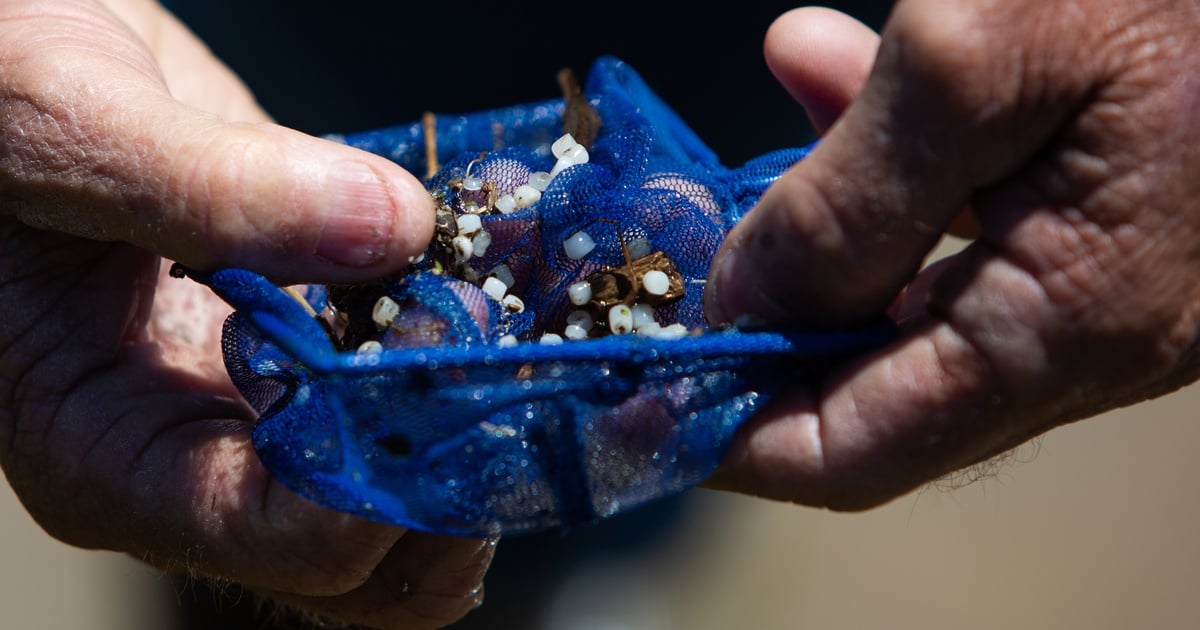 Sign up for The Briefour daily newsletter that keeps readers up to speed on the most essential Texas news.

When Texas proposed an update to state water standards this March, environmentalists viewed it as a step in the right direction. The rules didn’t go as far as the advocates had hoped, but at least they would have required chemical companies to proactively prevent hundreds of thousands of tiny bits of plastic — dangerous and, at times, fatal to wildlife — from escaping into the environment .

But now, the plan to ban microplastic pollution has been scrapped, documents show.

At issue are millions of tiny plastic pellets, known as nurdles. Those nurdles are the raw plastic materials that are eventually melted down, shaped, colored and morphed into everyday plastic products. They’re created with oil and gas byproducts.

In the process of production and transportation, some are lost, escaping into the surrounding environment. To fish, birds and sea turtles, the plastic pellets look like an appetizing — and easy to catch — snack. But the microplastics can be toxic to the liver and may make the creature feel full, ultimately starving them to death, researchers have found.

In March, the Texas Commission on Environmental Quality publicly proposed requiring chemical companies to show that they had processes in place for preventing the accidental release of certain microplastics — and potentially punishing companies that fail to do so.

The idea was similar to proposed legislation by state Rep. Todd Hunter, R-Corpus Christi, that would have required companies to prevent all microplastics from being discharged into the environment. TCEQ’s ban wouldn’t have gone so far, applying only to plastic pollution visible to the naked eye. At the time, that was a disappointment for environmental groups advocating for the rule.

“As drafted, it was either very vague or very weak, but it was a step forward,” said Alex Ortiz, a water resources specialist for the Sierra Club, who has advocated for the ban. But, he said, a weak ban is better than no ban.

But that more limited version still drew pushback from major chemical companies and interests, including the Dow Chemical Company and the Texas Chemical Council. The industry had argued both that the TCEQ lacks legal authority to impose the ban and that it would impose significant costs. For facilities that would’ve had to upgrade equipment to comply, the TCEQ estimated costs per company could range from $322,000 to $25 million.

In its rulemaking proposal, the agency noted those objections. And then it advanced a proposal that did not include the regulation. It didn’t give a detailed explanation as to why its updated water standards, on which commissioners will vote Wednesday, don’t include the ban. The agency did, however, note that objections from industry could potentially be controversial or of legislative interest.

A spokesperson for the TCEQ said the agency could not respond to a request for comment by Tuesday.

Texas environmental groups said they’ll ask commissioners to direct the agency to reassess, but this late in the process, they aren’t optimistic that the ban will be revived.

Jace Tunnell, director of the Mission-Aransas National Estuarine Research Reserve at the University of Texas’ Marine Science Institute, started trying to quantify the nurdle problem along the Texas coast in 2018. Using volunteers, the group he created, Nurdle Patrol, you have surveyed plastic pollution all over the world. Volunteers spend 10 minutes collecting the pellets and count how many they can find, giving researchers a rough estimate of the density of the pollution.

Volunteers have found that the Texas coastline is one of the most polluted by microplastics.

In 2019, Tunnel started advocating for policy changes to remedy the problem.

“It’s 100% preventable,” he said. While he said he was disappointed to learn that the TCEQ had removed the ban from the proposed update to water quality standards, he remained optimistic that perhaps lawmakers would consider a microplastics ban during the next session.

“Being able to see that there’s a solution to this plastic pollution is hopeful,” he said. “Ultimately, this stuff is out there for hundreds of years. The goal is to solve the problem so future generations aren’t having to deal with this.”

Disclosure: Dow Chemical has been a financial supporter of The Texas Tribune, a nonprofit, nonpartisan news organization that is funded in part by donations from members, foundations and corporate sponsors. Financial supporters play no role in the Tribune’s journalism. Find a complete list them here.

The full program is now LIVE for the 2022 Texas TribuneFestival, happeningSep. 22-24 in Austin. Explore the schedule of 100+ mind-expanding conversations coming to TribFest, including the inside track on the 2022 elections and the 2023 legislative session, the state of public and higher ed at this stage in the pandemic, why Texas suburbs are booming, why broadband access matters, the legacy of slavery, what really happened in Uvalde and so much more. See the programme.