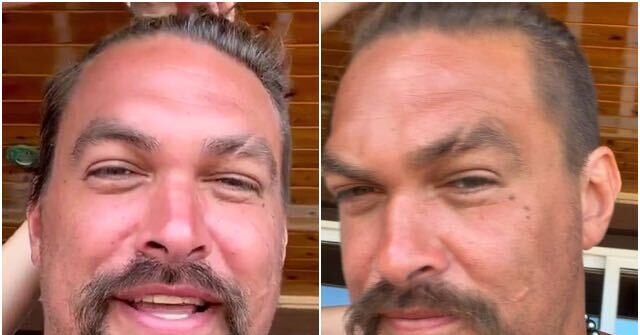 Actor Jason Momoa once again shaved a part of himself in the name of helping the environment, namely, his head.

Momoa has long been associated with having a lion’s mane of long hair, but the actor intentionally shed that image in an instagram-video on Monday to raise awareness about the use of plastics.

“Here’s to new beginnings,” he said in the post. “Be better at protecting our land and oceans. We need to cut single-use plastics out of our lives and out of our seas. Plastic bottles, plastic bags, packaging, utensils all of it.”

In the video, Momoa expressed frustration over seeing plastics in the ocean, particularly, near his home in Hawaii.

“Aww man, I’ve never even felt the wind right there,” he said while touching the side of his now shaved head. 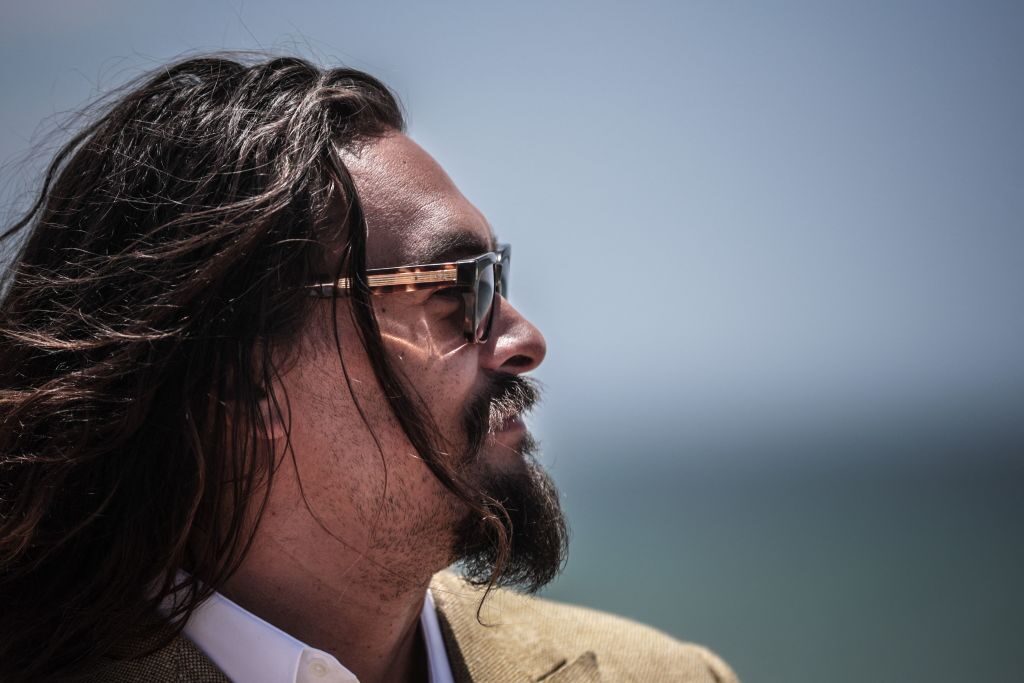 Hair aware: US actor Jason Momoa arrives to the beach during the Youth and Innovation Forum at Carcavelos beach in Oeiras, outskirts of Lisbon on June 26, 2022. (CARLOS COSTA/AFP via Getty)

“I’m tired of using plastic bottles, we gotta stop,” he added. “Plastic forks, all that shit goes into our land, goes into our ocean. I’m here in Hawaii right now, and just seeing things in our ocean, it’s just so sad.”

Momoa has promoted environmental consciousness for several years now. In 2019, I have released a video of him shaving his beard with “infinitely recyclable aluminum.”

“Goodbye DROGO, AQUAMAN, DECLAN, BABA New YouTube episode please subscribe and share this video,” Jason Momoa said in the Instagram post. “I’m SHAVING this beast off, It’s time to make a change. A change for the better…for my kids, your kids, the world. Let’s make a positive change for the health of our planet.”

“Let’s clean up our oceans our land. Join me on this journey. Let’s make the switch to infinitely recyclable aluminum…Water in cans, not plastic,” he added. “You gotta get rid of your plastic water bottles. Aquaman’s trying to do the best he can for my kids, for your kids, for the world. Love you guys.”

In a recent interview with GQ magazine, Momoa also said the upcoming Aquaman sequel will impart a message about climate change. 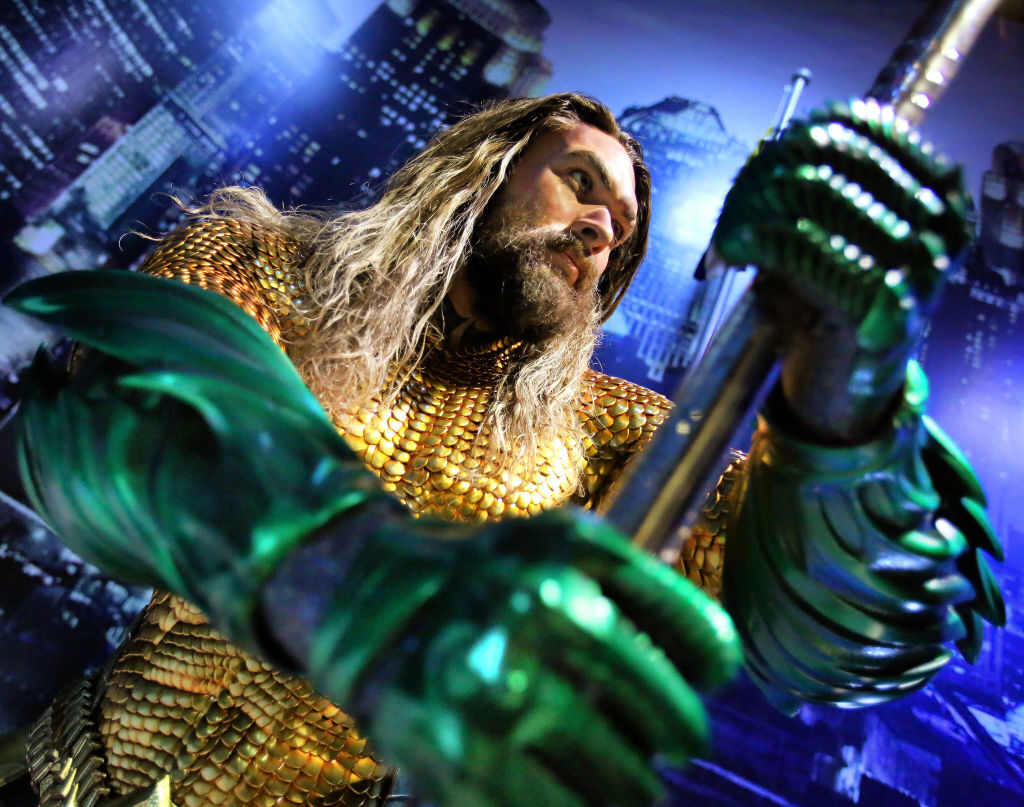 File/The Aquaman figure is illuminated in the new display at Madame Tussauds wax museum on International Drive in Orlando, Fla. on Monday, Dec. 10, 2018. The life-like sculpture joins other figures in the “Justice League: A Call for Heroes” gallery and is based on actor Jason Momoa, who stars in the 2018 film. (Joe Burbank/Orlando Sentinel/Tribune News Service via Getty Images)

“I don’t want to give too much away. But we really get to speed up what is going to happen to this earth, and it’s not because of aliens,” Momoa said of the plot.

the game of Thrones alum said the Aquaman filmmakers have tried to elevate the superhero genre by putting out a “positive message” while bringing awareness to “what is happening to our planet.”

“These superhero movies dominate our market, which I have my own thoughts on because I love cinema, but we try to put out a positive message and go on an adventure,” Momoa said.

“Aquaman is the most made-fun-of superhero in the world. But it’s amazing to be able to bring awareness of what is happening to our planet. It’s not some story that’s been told over and over, [it’s a] movie about what’s happening right now but in a fantasy world.”

Paul Bois joined Breitbart News in the summer of 2021 after previously working as a writer for TruthRevolt and The Daily Wire. He has written thousands of news articles on a variety of topics, from current events to pop-cultural trends. Follow him on Twitter @Paulbois39