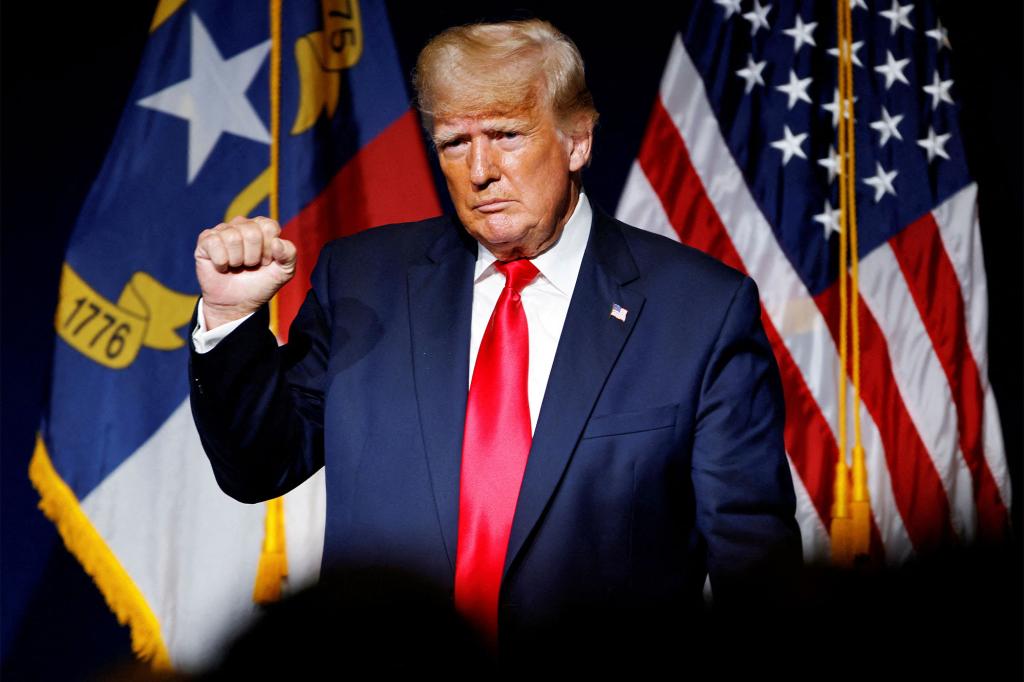 Donald Trump has backed away from promoting Truth Social’s merger with a blank-check company after being investigated by the feds because insiders believe the embattled former president wants to avoid another fight with the government, a source familiar with Trump’s thinking told The Post.

However, the agreement quickly drew scrutiny from the Securities and Exchange Commission, which launched a probe late last year. into whether Digital World’s founders possibly had advance knowledge of what it was buying before listing its shares in September — a violation of securities laws.

Digital World needs 65% of shareholders to agree to extend the Truth Social deal at a vote originally scheduled for Tuesday. The vote was pushed back to Thursday after Reuters reported the measure will not pass.

The SEC investigation has prevented the deal from going through, Digital World CEO Patrick Orlando said.

“He wants to help but is being told he can’t,” the source said of Trump’s reticence on the merger.

Truth Social declined to comment when asked about claims that Trump is not pushing for the vote to pass.

“Truth Social is continuing to grow rapidly, driven by extraordinary user engagement and the recent launch of ads on the platform,” a spokesperson for Trump Media & Technology Group told The Post on Tuesday. “TMTG will continue cooperating with all stakeholders in connection with its planned merger, and hopes the SEC staff will expeditiously conclude its review free from political interference.”

On Saturday, Trump, the chairman of Truth Social, said a merger with Digital World wasn’t necessary in a posting to his social media site.

“Truth is doing really well. It has truly become our MAGA voice, but also a voice for RINOs and Radical Left Lunatics. Engagements are far better, more interesting, and spirited than anywhere else. I like it much better than Twitter, which is a complete mess,” Trump said.

“As our balance sheet expands, Trump Media & Technology Group will be in a stronger position to fight back against the tyranny of big tech,” Trump said.

Trump has 4 million Truth Social followers, compared to the 89 million he had on Twitter before being banned, according to Digital World.

Digital World, like all blank-check companies, has a set amount of time to close a deal or return the money it raised in its IPO to shareholders. For Digital World, that date is Sept. 8, according to its annual report.

There are many retail investors in the stock and it is going to be a challenge to get the required 65% of the $930 million market-cap company to vote in favor of an extension, a large Digital World shareholder told The Post.

If Digital World loses the vote, it can pay $2.9 million into a trust account for its shareholders and extend the life of Digital World by three months, according to the company’s IPO filing.

Digital World would then be required to pay another $2.9 million in another three months if it wanted a further 90-day extension at that time and did not complete the Truth Social merger. The founders cannot extend the life of Digital Media beyond March 8, 2023, on their own and at that point they would need to return money it raised in the IPO.